The biggest positive change to modern perfumery in the 21st century is the knowledge of the perfumer. Right at the turn of the century there were a couple developments which changed what had happened for the previous 100 years. First was when Editions de Parfums Frederic Malle put the name of the perfumer front and center on the label. The second were writers on perfume who were also interested in illuminating the perfumers. Chandler Burr’s “The Perfect Scent” is but one example. Previously perfumers were referred to as “ghosts”. Knowing who was making the perfume became an important piece of knowledge moving forward.

When I started writing about perfume, I always wanted to know not only the perfumer but the creative director. I have always been interested in the creative process. Perfumery presents an ideal opportunity to describe the results of it. Any regular reader will know that the only pictures usually accompanying a review are of the creative team. That will never change.

As these ideas were evolving in the early days of the 2000’s there were some brands who wanted to keep the perfumers as phantoms. There was an egotistical belief that their investment also came with the ability to claim the entire creative process; leaving out the perfumer they worked with. 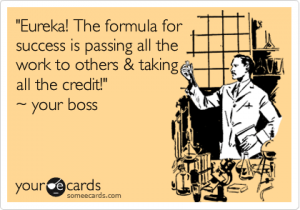 The ridiculous piece of this was that now that we knew who the perfumers were there was no going back. There are certain perfumers who have distinctive styles. During this time I remember writing to a brand owner who was very coy about doing everything. I asked if they were working with a certain perfumer. They demurred. It was years later when they would acknowledge that they were working with the perfumer I had asked them about. There were lots of them that wanted to give off the idea they were creative polymaths all on their own.

Thankfully, this behavior changed because as the perfumers became as known to perfume customers as the brands, they also carried a cachet. A savvy fragrance buyer might follow a perfumer from brand to brand. For the last fifteen years or so that has been the way. When I would contact a brand asking about the perfumer, I would get an e-mail right back with the answer.

Except the last year has seen the return of brand owners trying to seem as if they do it all. Especially when it is clear they are not. I have received several e-mail responses like this, “the brand prefers not to release the name of the perfumer.” I think this marks a return to the bad habits of a few years ago.

At this point in time it just seems disrespectful to the process. The brand hired a perfumer there is no need to hide it. Except to obfuscate the creativity transferring it to the brand owner. I am not going to go along with it. Every time a brand tells me they aren’t going to tell me the name of the perfumer I am only going to look that much harder.

The spotlight is bright enough for multiple people to stand within.

2 thoughts on “The Return of Bad Habits”