Transparency can be a desirable characteristic for some perfumes. When it comes to awards on perfume and perfume writing; transparency is necessary. As one who has watched the perfume awards season every year there is always one question I have. Who is doing the judging? How were the nominees determined? The answer most of the time is “I don’t know” to both questions. It is why over the last month there has been two fledgling competitions who have decided to take a different path to honoring excellence. 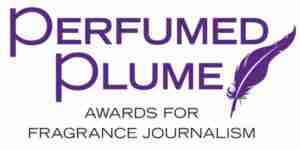 The Perfumed Plume Awards were handed out on April and I was honored to win the award for “Scent Stories in Mainstream Media, Digital”. As someone who won I felt like this was an award I earned because founders Lyn Leigh and Mary Ellen Lapsansky had made it clear how the awards were being judged. There are other perfume writing competitions but they lack this openness. It makes the process frustrating to be a part of. The Perfumed Plume has shown itself to not be afraid of the light; understanding the winners enjoy being in it.

This past Saturday evening the third Art and Olfaction Awards were handed out in Los Angeles. I was honored to be part of this process as one of the judges who assessed the finalists in the Artisan and Independent categories. I hope my efforts helped the winners feel the same sense of pride on winning as I did when I won a month prior. Founder Saskia Wilson-Brown is dedicated to making this award the most transparent award in the industry while simultaneously honoring the art of perfumery as practiced by the less commercial focused perfume brands. The ceremony named Zoologist Bat and Jul et Mad Nea as the Independent winners along with Auphorie Miyako and La Curie Incendo in the Artisan category. Century’s Breath by Cat Jones won for best Experimental Use of Scent. Because of Ms. Wilson-Brown this past weekend not only was about the awards but the AIX Scent Fair also took place where forty curated artisan and independent perfumers displayed their latest creations. This was the proper combination of lauding the work of last year while displaying next year’s potential nominees.

Both competitions are taking baby steps to ensure their long term success. At the recent Sniffapalooza Spring Fling Ms. Leigh laid out a challenge to those of us in the room. I want to pass it on to my readers because I think it is important. What she asked was if you live someplace besides New York City and you see an article on perfume in your local newspaper or magazine please let the author know of The Perfumed Plume at their website. The competition wants to cover all writing by American fragrance authors and right now they need the help of readers to point good writers in the direction of The Perfumed Plume. 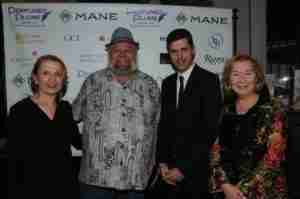 The Art and Olfaction Awards also needs more entries. There is a lot of great work out there that I know did not get submitted. For this award to carry the highest profile it needs the fullest participation of the independent and artisan perfume communities combined. When the announcement goes out at the end of the year submit something, the best part of that is you will see your submission move through the process with no barriers.

That’s the kind of transparency to stand behind.