One of the more frequent questions I get is, “What’s your favorite ______ fragrance?” In the beginning I used to give an answer like there are too many of those fragrances for me to have a favorite. Over the past couple of years I’ve realized that isn’t entirely true. I realize when I have a truly great fragrance in front of me I am consciously comparing it to another fragrance I think is the best of that note or class. With The Gold Standard I am going to answer the question on my favorite fragrance of a particular note or style. With Valentine’s Day coming up at the end of the week it seems like Rose is a good place to start. 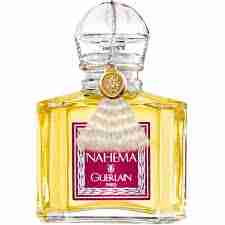 I think from the moment I smelled Guerlain Nahema, sometime in the 1980’s, it became my baseline rose fragrance. In those days I didn’t have the right description but the advance of technology has given me the exact descriptor for Nahema; High Definition Rose. I remember right after HD came out and I went out and got my first HD television and I watched the BBC series Planet Earth It all seemed so lifelike and there was depth in that clarity. That is exactly what Nahema feels like to me. It is HD in olfactory form. 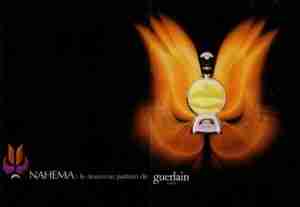 Nahema was released in 1979 and after a prodigious advertising campaign it never caught fire with the perfume buying public. There have been a number of post-mortems on that claiming Nahema to be “avant-garde”, “ahead of its time”, or just plain “too weird”. In that time and place all of those criticisms were probably valid. Most of the popular rose fragrances we laud have happened since 2000. In 1979 rose was considered to be an “older woman’s” choice. Jean-Paul Guerlain clearly was trying to bring rose back to the younger demographic but in 1979 they clearly weren’t interested. 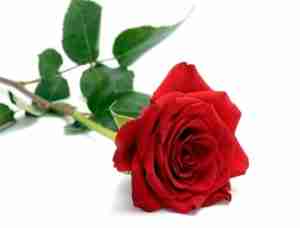 I remember smelling it in the Guerlain boutique at The Breakers in Palm Beach, Florida and being captivated by the complex rose I was encountering. It had the silky smooth core with the green of the stem and thorn lurking in the background. It was as close to a reconstruction of a single rose handed to us by M. Guerlain as could be. When I broke it down hyacinth added a dewy quality to the top notes before the rose comes to the forefront like a tight bud blooming right in front of me. A few balsamic notes, some tonka and a bit of vanilla soften the subtle green woody aspects which coincide with the rose. I had always assumed M. Guerlain used a high quality rose oil as his core, or did he?

In the book “Perfumes: The A-Z Guide” by Luca Turin and Tania Sanchez; Mr. Turin makes the provocative claim, in his 5-star review of Nahema, that M. Guerlain used no rose at all in its composition. What!? After reading this I pulled out my bottle and sprayed it on trying to detect the threads of this rose accord. I was unable to find a thread to start pulling on which would make this accord unravel to my analytical probing. If M. Guerlain was able to pull off this best of all rose fragrances without using rose that would be incredible. I hope someday someone at Guerlain will let us know the truth of this story.

The current formulation of Nahema, as the Eau de Parfum, is essentially unchanged from when I first encountered it. The extrait version is spectacular and is also worth seeking out especially if you are a rose lover.

Guerlain Nahema is the Gold Standard when it comes to rose fragrances to which I compare everything else to.

Disclosure: this review was based on a bottle of Nahema EdP I purchased and a sample of the Nahema extrait supplied by the Guerlain boutique in Palm Beach, Florida.