I’m not a big believer on looking backward. I’d rather keep moving forward. One thing that I learned when I was cycling regularly was how gratifying it was to look back over my shoulder as I crested a big hill. You could take pleasure in the work it took to get there by seeing the sloping path behind you. Today I’m choosing to look back at the five years of doing this blog with pleasure.

When I hit publish on February 1, 2014 I wasn’t sure I could write one new piece on perfume every day. I had a 90-day plan on that day; to find out that extended to an 1,826-day plan is that path I am writing about. I haven’t missed one day in five years. The biggest reason is the readers. To extend the cycling analogy it was the people who read Colognoisseur who cheered me on as I kept pedaling up the hill. Today I’d like to thank the readers by sharing a few stories. 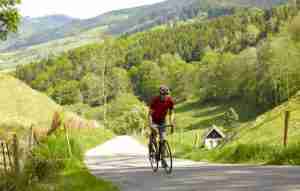 One of the stories which has generated some of the loveliest e-mails has been my “How to Give Perfume as a Gift”. I’ve had a couple who chose a perfume for their 50th wedding anniversary. I’ve had a bride and groom use it for their wedding day scents. My very favorite was the e-mail I received from a father and his daughter as they used it to find a perfume for her Sweet Sixteen. The daughter has worn the perfume they chose, Chanel Coco Mademoiselle, ever since. It is one of the most popular posts on Colognoisseur which provides me with real evidence that the words I write can make perfume a part of people’s lives.

The other e-mail I receive which pleases me is when I review a new independent perfumer followed by a reader who seeks the perfume out. Part of what I wanted to do was to make sure Colognoisseur would give positive exposure to these artists who work outside the mass-market. Most of the time the readers find something to enjoy, as I did. Sometimes I do get e-mail wondering if there is something wrong with my nose. I am thankful for those communications, too. They are reminders that what I write is one man’s opinion, not meant to represent anything more than that.

One part of doing the blog for this long is the responses I get to my The Sunday Magazine pieces. That is where I allow my non-perfume passions to peek out from behind the bottles. The readers seem to enjoy debating those things. None more so than my enjoyment of Twin Peaks: The Return. I think there are still some who think I have lost it over that.

I’ve received amazing random acts of kindness from readers who send me things which I mention in my writing. I’ve gotten perfume. I’ve also received recipes for gingerbread as well as a new way to make plum rum. All because I’ve written about a perfume. All because Colognoisseur has become a part of people’s reading.

Thank you is such a small phrase to carry as much weight as it does. To every person who has read Colognoisseur over the past five years; Thank you.