I do most of my writing in my head. What I mean by that is everything that you’ve read that has my name attached to it spent more time in my head than on the page. I have always seen that as a flame which burns somewhere in my consciousness. About a year ago events doused that flame. I found it difficult to think about perfume subjects when other things were taking up space. Once those things resolved themselves, I found I had to exert myself to rekindle my inspiration. I got the fire going but it was sputtering. By the end of the year, I just let it burn out.

The question I had was when, or if, the fire would start again on its own. My plan was to see what would happen if I just stopped. I had some things to do which might provide a spark. I was a Finalist judge for the Art & Olfaction Awards. I was asked by a publication to give a list of the 10 most influential perfumes. Both of those kept my mind in the game. Yet neither made me want to write about it.

Perfume continued to arrive in my mailbox. In the past the things I liked which I would eventually write about began composing themselves early on. I was sniffing a lot of good things, but the words were not coalescing in my head. 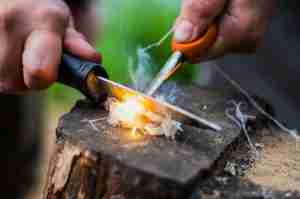 As the summer approached, I began to think my time for perfume writing might have passed. Then the fire began to spark to life. I was sitting in my backyard and a few words began to take shape. There was something I was wearing that was trying to fan those embers.

They gathered some heat as I read all the reports from this year’s edition of Esxence. It reminded me that there was an artistry at play in the independent perfume sector. That it had come out the other side of the pandemic made me think I should try to do the same.

The final shove came from an article by perfumer Pia Long. She outlined the upcoming changes the European Green New Deal will have on perfumery. Once again there is a lack of science being applied to the ingredients being used in fragrance. The other thing she points out is when asking the public for comment they slant the conversation in a biased way. Real data gathering requires patience and precision. Neither of those seem to be on display. I really don’t have anything to add to Ms. Long’s piece. She has covered everything I believe is flawed with the way the Green New Deal is being implemented. The link to read her article is here.

What finally whooshed my now campfire sized flame to life is the idea that fragrance is not worth the effort to find a compromise. It is seen as a frivolous undertaking. As one who has had the things that made my life so enjoyable at one time diminished by this kind of thinking it makes me angry. It also makes the words about it start to form in my head. The fire has been restarted.

So, what does that mean going forward. The last six months has allowed me to take a wider perspective. There are other big picture things I think I have more clarity on. Those words are circulating around the flames, too. I also seem to be reminding myself of the perfumes I tried earlier in the year. Those words are coming together as well.

I’m going to try and tend my inner flame with enough care and fuel so that I can get things moving forward. Bear with me as I try to pick up some momentum. Together we can get the fire burning brighter.

5 thoughts on “Tending the Flame”