One of the benefits of being part of the online fragrance community is sometimes I get a needed reminder. The latest version happened because of the crazy avalanche of samples I received over the last twelve weeks of the year. I prioritized the best I could, but I was bound to forget something. A week ago I got a nudge from one of my Facebook perfume groups to go back and find the recent Zara releases. Thanks to them I found Zara Hip Hop Red Apple waiting for me.

I mentioned last year that I think of Zara as one of those great bargain perfume finds at the mall. The brand works with top-notch perfumers and regularly releases good things. In 2019 they started a collection called Emotions where they worked with independent perfumer Jo Malone. Yes, that Jo Malone. She has been back to making perfumes on her own. The first grouping was eight numbered perfumes of which No. 7 Fleur de Patchouli was a good example of the aesthetic. Here she blended fresh peony over an earthy patchouli with cedar frame. It was simple and refreshing. Which is a good way to describe all of them. 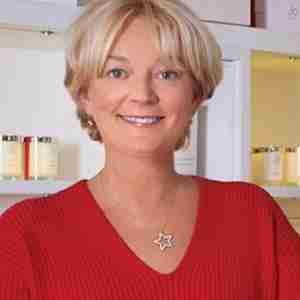 Last fall they added five new fragrances to the Emotions collection. Three of them were made with a fruity giggle. It seemed this time the brief was “summer fun”. Ms. Malone delivered that especially in Hip Hop Red Apple.

What drew me to Hip Hop Red Apple over the others was apple. Any time I can enjoy a different fruit as a focal point I’m going to gravitate to it. DJ Jo mixes three different apple beats on her perfume turntable.

The entire progression is through different crispness of apples. She begins with the tartness of green apple. There is a distinctive snap to the early going. The second apple to appear is a less tart yellow apple given some contour through berries. The berries create a more recognizable fruity heart accord. Over time out of that rises a juicy red apple which is what predominates over the final hours.

I didn’t notice it but there is a candy-like quality because on the days I wore this Mrs. C said she smelled apple hard candy. I found the entire trio of apples emotionally buoying. They exude the idea of running around outside. All the Emotions collection seem like Ms. Malone is enjoying herself. Hip Hop Red Apple is DJ Jo’s remix of apple.

Disclosure: This review is based on samples I received from Zara.