I learn things in some of the oddest ways. Soon after we moved to the Washington DC area we were out at one of the best restaurants in town. When the waiter came over with a giant pepper mill, I demurred. One of my dining companions asked me if I knew the name of it. I was then informed it was called a Rubirosa. When I asked why I got more than I expected.

The name comes from a famous playboy of the 1950’s and 60’s named Porfirio Rubirosa. He was one who lived up to that sobriquet. He traveled all over the world as “the inspector of embassies” for the Dominican Republic. There were rumors he was also an assassin, but he was more well-known for his ways with famous women. Which brings us back to the large pepper mill. Supposedly the waiters at the Paris restaurant Maxim’s called their large pepper grinders Rubirosas because they were said to be as large as his, ahem, “personality”. I thought that would live in a file drawer within my mind without any use. Then I received my sample of YVRA 1965 L’Essence de Flamboyance. 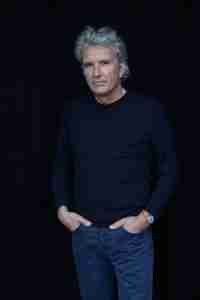 YVRA is the line from Dutch independent perfumer Yvo van Regteren Altena. He released two previous perfumes in 2015 and 2017. For 1965 he was funded through a Kickstarter campaign at the end of last year. M. van Regteren Altena was inspired by the life of Sr. Rubirosa for this perfume. What that translates to is a throwback leather fragrance it is not hard to imagine a playboy of the time wearing. The perfume is a pretty simple construct,

It opens with the briefest of citrus before baie rose takes over. This is a nice version of that ingredient with the herbal quality and fruity nuances evident. An austere church-like incense comes next with some intensity. It gets more amplified as a refined leather accord completes the central trio. It ends with a dark patchouli and some synth woods.

In the press release it was mentioned that M. van Regteren Altena was inspired by the classic men’s colognes of the time. There were times where those callbacks were more obvious than others. Overall it made 1965 a new version of an old powerhouse. This one fit for a playboy with, ahem, “a big personality”.