There is probably nothing more disappointing than to see something you are emotionally attached to on the printed page get poorly translated to a visual medium. As a long time comic book reader and lover I would always enter the theatre hoping for the best but often left wanting more as the final credits rolled. It wasn’t until July of 2000 that I finally got an adaptation of a beloved comic book that left me grinning with pleasure at the end. 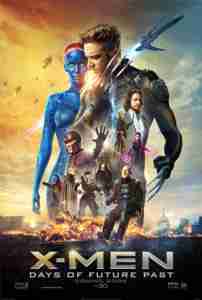 X-Men, as a comic series was the #1 selling comic book in the world at the time of release in 2000. Expectations couldn’t have been higher. One of the reasons for those heightened expectations was the director, Bryan Singer, was a fellow geek. He could cite splash page and panel with the most die-hard of fans. The casting looked good and so as the lights went down I took a deep breath of anticipation.104 minutes later I finally believed that my comics could turn into movies. Not only did this show the potential but X-Men would launch the success of what would become Marvel Studios and over the ensuing fourteen years it has followed the very successful formula of finding directors who love and revere the comic books they are making the movies of. In the last eight weeks of 2014 we have seen three of the children of that first X-Men movie be released as Captain America: The Winter Soldier, The Amazing Spider-Man 2, and in what seems a neat bit of symmetry X-Men: Days of Future Past. 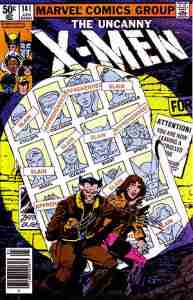 Despite the success of all that has come before the comic story, of the same name, on which Days of Future Past is based upon is one of my very favorite stories from the X-Men. Over the two issues, The Uncanny X-Men #141-142, it spread out over I remember the four week wait for the conclusion to seem like it took forever. I was once again filled with apprehension at whether they could tell this particular story on screen. Bryan Singer was back in the director’s chair and not only did they have the cast from the original X-Men film they had a wonderful cast of younger versions who were created by director Matthew Vaughn in 2011’s X-Men: First Class. There was talent everywhere and so once again I sat in the theatre hoping for the best.

X-Men: Days of Future Past is about the X-Men in 2023 living in a world where mutants are rounded up into concentration camps and not only mutants anyone who has the genetic potential to give birth to a mutant. The remaining X-Men have been on the run but they know this can’t keep up indefinitely and so they are able to send the consciousness of one of their members back to 1973 to try and change the key event which led to this dystopian future. As the X-Men in 2023 protect the time traveler in a last stand, the character who has traveled back to 1973 has to convince those he interacts with to help him change the future and avoid the creation of the mutant hunting robots known as Sentinels.

One of the hallmarks of the X-Men in both comic and cinematic form is you can substitute mutant for any segment of people deemed as outcasts or less worthy. It has allowed the storytellers to wrap social commentary within a superhero uniform and make broad points about racism and homophobia. All of this while making a fine bit of summer action entertainment.

When the lights came up, as I had done fourteen years earlier, I was filled with happiness at the movie adaptation of a comic I was so fond of. Mr. Singer had, again, pulled off the difficult feat of not only meeting but exceeding my expectations. As I reflected on how it was the original X-Men movie which started this Golden Age of Marvel superhero movies it seemed fitting that Mr. Singer would be the one to keep the flame burning bright for, hopefully, another fourteen years.