I’ve probably put off doing this specific ingredient because I’m not fond of spelling it. An extra “p” here an “o” turns to an “a” there. Before I get done writing this I’ll probably correct a dozen or more misspellings. Opoponax is one of the linchpins of Oriental perfumes. It is one of the critical components of three of the classic perfumes of all-time; Guerlain Shalimar, Yves Saint Laurent Opium, and Dior Poison. They owe much of what makes them so special to opoponax. It is used extensively as an earthier more balsamic alternative to myrrh. It also carries with it a sizeable powdery component which makes it especially amenable to providing the grounding for those kinds of ingredients.

I would wager most who love perfume don’t know what opoponax smells like although there are probably multiple perfumes on the shelf which contain it. I’m starting this month’s list with three different versions of the ingredient surrounded by benzoin and sandalwood. Each of them is slightly tuned differently around the opoponax. The most straight-forward is Santa Maria Novella Opoponax the benzoin and the sandalwood provide subtle foundation. It is the most unadulterated version of these three. The benzoin rises to be a more equal partner in Les Nereides Opoponax. It ends up also tilting a bit sweeter because some vanilla leads it that way to give a warmly satisfying sweetly resinous hug. Von Eusersdorff Classic Opoponax adds a floral shine on top via rose and a bit of animalic purr via castoreum but it is still primarily opoponax, benzoin, sandalwood. Once you’ve introduced yourself to opoponax here are three more where it stands out.

Diptyque Eau Lente was one of the original releases from the brand in 1986. Perfumer Serge Kalougine wanted to create an opoponax perfume as they imagined it might have been used by Alexander the Great who scented his cloaks with the smoke from burning the resin. What M. Kalougine does is to take an equally fantastic cinnamon as a partner to the opoponax. The cinnamon heats up the opoponax making it less viscous that it is by itself. While being one of my favorite opoponax perfumes it is also one of my favorite cinnamon ones, too.

Carthusia Ligea unleashes the powdery nature of opoponax more fully. Perfumer Laura Tonatto transitions from a crisp citrus opening into softer mandarin which accentuates the powder in the opoponax. Over time patchouli and benzoin find and magnify the more balsamic elements.

Before perfumer Mona di Orio’s untimely passing she made several incredibly artistic perfumes; Mona di Orio Cuir is among the best of those. Mme di Orio uses opoponax in conjunction with castoreum to provide a thoroughly engaging base underneath a smoke-laden leather accord. One of the best examples of the chiaroscuro style of perfume Mme di Orio practiced.

If you love perfume you’ve definitely worn a perfume with opoponax; now try one of these to try a perfume which features it.

Disclosure: This review is based on bottles I purchased of all the perfumes mentioned.

The word classic, when used to describe something, can be a double-edged sword. On the one side of the sword it can mean old or outdated. On the other side of the sword it can mean timeless. In perfumery it also holds the same double-edged impact. It can mean an old style of perfume which seems like something only people of an older generation would wear. On the other side it is a perfume that transcends trends and is relevant no matter the time period. One line which I think understands how to always stay on the positive side of the classic conundrum is Von Eusersdorff. The latest release Classic Opoponax is an example of a prototypical Oriental perfume.

Camille Henfling began the Von Eusersdorff line in 2010 and Classic Opoponax is the sixth release to date. Each release is centered on a single note around which a perfume is built. All five of the previous releases have represented one of the more common styles of perfume. Classic Opoponax returns to the same Oriental ground Classic Patchouli did back in 2010 as the first Von Eusersdorff release. Five years on Classic Opoponax shows the evolution of the brand as it has a much more assured sense of itself. When I think of what I consider an Oriental perfume this one checks off all of the boxes I need to like it very much. 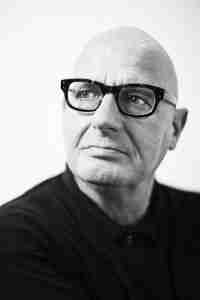 Classic Opoponax opens with a shimmering floral layer of rose and jasmine. Typicaly those florals present themselves in a very extroverted way. In this case they form a floral layer with an opacity that draws you further in. what you find when you get to the heart is the promised opoponax. Opoponax is one of those notes which almost defines what I think of when I think of Oriental perfume. It is also called sweet myrrh and it is exactly that as it carries a sweet resinous glow. To make sure that glow is well stoked a very creamy sandalwood and a rich benzoin form the heart. As it slowly develops the rest of the Oriental mise en scene arrives as amber, castoreum, black patchouli, and vanilla form the base. This is really where classic steps forward in an excellent way as these are the bones of the typical Oriental base.

Mr. Henfling clearly understands how to use the word classic in the most appropriate way. Classic Opoponax is a fabulous example of an opulent Oriental perfume that will carry you away to a different time and place. A classic time and place.

Disclosure: This review was based on a sample provided by Von Eusersdorff.