When I am at a large perfume exposition like Esxence 2016 there comes a point where I am running out of time and I start just grabbing samples for me to try out later. As I pack to return I make up a box of all of these. This year upon my return the box went missing and I only found it a few weeks ago. In every year past I have found something in the box which makes me wonder why I didn’t take the time to learn more about it at the show. This year’s after the show winner is Au Pays de la Fleur d’Oranger Poudre de Liberte. 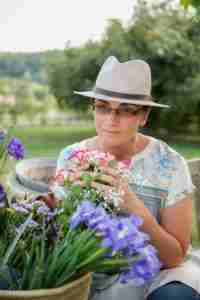 Co-owner and creative director Virginie Roux found me on that last day. She stopped me and gave me samples of her entire line. I had tried them in the past and found them to be well-done but none had connected. When I was sorting my samples as I was packing I looked at the name and locked in on one word “poudre”. Esxence had displayed some spectacular non-powdery iris perfumes. Looking at the name I expected a riff on powdery iris, maybe rose, so it was put in the box. When I found the box there was something giving off a spicy candied fruit vibe I was liking. I started working through the perfumes I thought it had to be; my eye lighting on Poudre de Liberte and then deciding it had to be something else. Eventually it was nearly the last sample left in the box. Of course it was what was causing the smell I was enjoying. 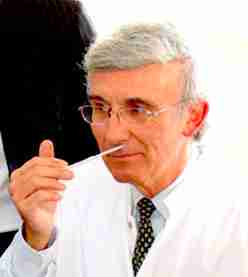 Not sure what the powder is supposed to be in Poudre de Liberte because Mme Roux and longtime collaborator perfumer Jean-Claude Gigodot have created an Oriental gourmand with only a so fleeting you have to be looking for it rose providing any tenuous connection to powder.

Poudre de Liberte opens on a collection of rich spicy notes with cinnamon leading the way. This is the candied red hots version of cinnamon with as much sweet as heat. Candied fruits with apple the most recognizable match up with the sweet. Then M. Gigodot creates a leather candy bowl to hold all of them in. The refined leather accord is surprisingly complementary here with these sugary sweet notes. If you want some powder, there is a tiny bit of rose but it is never really powdery to my nose. This all ends on a woody foundation of cedar and sandalwood on top of some white musk.

Poudre de Liberte is a fun perfume. The idea of a Corinthian leather candy bowl full of red hots and hard candies brought a smile on the days I wore it. It is one which will bring a smile to anyone who loves sugary candy perfumes. If you are looking for powder you’ll need to go somewhere else.

Disclosure: This review was based on a sample provided by Au Pays de la Fleur d’Oranger at Esxence 2016.