Most perfumes are inspired by places, a particular note or accord, or a specific style. Not a lot of them choose to take a real life person or event as a place to inspire a new perfume. Jan Ahlgren of Vilhelm Parfumerie uses the affair between film star Ava Gardner and Spanish bullfighter Luis Miguel Dominguin to create the latest release The Oud Affair. 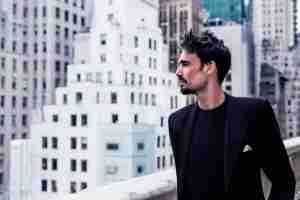 The Oud Affair is the first new release after the original eight releases from last year. Of those original eight release I really fell for Black Citrus. I have not had enough opportunity to spend time with the others but all of them seem to form a very strong debut collection based on some smelling on a strip and a little patch of skin. There was an oud focused entry in there called Smoke Show. It definitely skewed towards the smoke promised in the name and was a smoky oud. The perfumer for all nine perfumes released so far has been Jerome Epinette.

The 1954 affair between Ava Gardner and bullfighter Luis Miguel Dominguin took place while Ms. Gardner was married to Frank Sinatra. She had fallen in love with Spanish culture including Flamenco as well as bullfighting while filming the 1951 movie “Pandora and the Flying Dutchman” there. Through her friendship with author Ernest Hemingway she would be introduced to the bullfighters while Mr. Hemingway was writing the series of articles for Life Magazine that would eventually make up the book “The Dangerous Summer”. When she was introduced to Sr. Dominguin they would begin a tempestuous short-lived affair. Sr. Dominguin would describe Ms. Gardner, in his biography, as; “I had a very fierce wolf in a cage.” Messrs. Ahlgren and Epinette try to capture that volatility and passion in The Oud Affair. 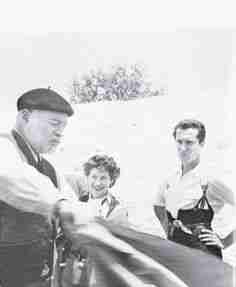 I couldn’t find anything within the press materials which named which of the two focal points of the perfume were meant to represent which personality. Wild honey and oud form the core of The Oud Affair. It would be easy to say honey for Ms. Gardner and oud for Sr. Dominguin. I actually think it is probably the other way around as Ms. Gardner was known for her fractious oud-like personality. In reading about Sr. Dominguin I gather he was quite the smooth-tongued ladies’ man. Sweet words of seduction dripping like honey from his lips.

The Oud Affair opens with a golden sticky honey accord enhanced with a bit of ginger. The ginger adds a bit of verve to the viscous sweetness. This leads to the heart of oud and it is an oud with many of its more difficult characteristics on display. Except the honey does the job of sweetening those almost like the comforting hug of a lover trying to impart some serenity to an agitated partner. I found it really interesting and because of the real life inspiration I was always mindful of the tension between the honey and oud. The basenotes are a mix of tobacco and vanilla. I guess the metaphorical happy ending which didn’t happen in reality. It is a nice accord but it is very familiar plus it dominates the later phases of The Oud Affair on my skin leaving the much more interesting earlier notes behind.

The Oud Affair has 14-16 hour longevity and average sillage.

I think I bought in to the story behind The Oud Affair so much that the tobacco and vanilla finish left me slightly disappointed. I enjoyed the honey and oud interaction so much I wanted more. Which probably makes me more like Sr. Dominguin as his fierce wolf slipped her cage to run off into the night wanting more but leaving only sweet memories.

Disclosure: This review was based on a sample provided by Vilhelm Parfumerie.