With new perfumers there are times they want to just turn the volume up and see where it leaves them. Most of the time it leaves a poorly constructed mess akin to too many people talking at the same time all trying to gain your attention. That style of perfumery wears me out. Less of the time the balance is struck precisely right and I walk away thinking that shouldn’t have worked but it did. Even more rarely is a perfume which teeters on the edge of olfactory cacophony and perfumed precision managing to stay poised on the knife edge of good and bad. The second release from Unum called Opus 1144 is one of those balancing acts.

When I reviewed the first Unum perfume LAVS I praised perfumer and owner Filippo Sorcinelli for keeping it simple. In Opus 1144 Sig. Sorcinelli is anything but unassuming in his construction. Opus 1144 is over stuffed with ideas. Sig. Sorcinelli wanted to reach back to the beginning of Gothic architecture and culture’s beginnings in 1144. The result is a fragrance full of detail some of which almost makes no sense only to find its place in time. 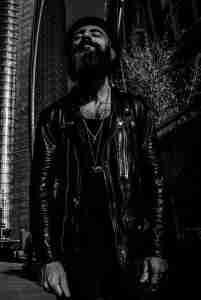 The opening is as soft as Opus 1144 gets as Sig. Sorcinelli uses bergamot, tangerine, elemi and vanilla to sweeten the citrus. It makes it reminiscent of a candy cream felling almost gourmand-like very early on. That gets washed away on a tide of intense amber and Cashmere woods, actually not exactly as the vanilla hangs in there making this a very sweet amber for a long while in the heart. These early moments tread up to the limit of my sweetness tolerance. I imagine for some it will cross that line. If you allow just a little more time Sig. Sorcinelli abandons the sweet and goes for the animalic as musks and leather are combined with benzoin and ambergris. It forms an accord full of life pulsing with its own heartbeat. The dramatic switch from sweet to animalic is one of my favorite parts of Opus 1144 because it is done with a subtle shift of components and not a whiplash inducing snap.

Opus 1144 has one of the characteristics I look for in perfumes; the ability to change dramatically over the hours I am wearing it without feeling like it is just going through the motions. I felt the real shifting of notes as they would move towards their next stage of development. This is what I was talking about in the first paragraph in a different perfume all of this would’ve felt like a mess. In Opus 1144 it feels like a huge homage to all things Gothic.