There has been a trend in the world of prestige television of featuring an unlovable narrator. This is when you meet your main character who is not a good person. The idea is if the writers can get you to come around on rooting for them they have done their job. Especially if they haven’t redeemed themselves along the way.

One of the earliest and best examples of this is “The Sopranos”. Nearly all the featured characters were morally reprehensible people. Yet most who watched rooted for them to be able to continue their evil empire.  Writer-creator David Chase made sure to give the audience the visual evidence of what they were. In the season one episode when Tony accompanies his daughter on a college visit. While getting gas he sees a man who snitched and is now in witness protection. When he returns to kill him. Mr. Chase leaves the camera on an unflinching close-up of Tony’s unemotional shark-like indifference to the killing. Most of the audience hoped he didn’t get whacked at the dramatic fade to black at series end. 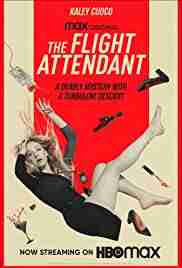 In the thirteen years since that series ended the plot device has become more widely used. Breaking Bad, Killing Eve, Ozark, Dexter, House of Cards, Fleabag all feature this. Which has caused an issue for the most recent series attempting to use it. There is a line when the character becomes unlikable to the point you don’t want them to succeed.

This came to me as I watched the new HBO Max series “The Flight Attendant”. The main character’s occupation is the title. Cassie played by Kaley Cuoco is an alcoholic party girl enjoying the fact her job feeds that personality. After one long party night she wakes up next to a dead body. The rest of the series is the unraveling of the mystery of who and how it was done.

Here was the problem I had, the writers make Cassie too big of a jerk. Worse they reveal she has always been a jerk in flashbacks. In an eight-episode series it isn’t until episode seven they decide to give her the hint of something not reprehensible. I want to stress this is on the writers. Ms. Cuoco kills this role. One of the reasons Cassie is so irritating to me is because of how good she portrays her. By the end I was happy to be rid of her. I am pretty sure I won’t be watching season 2.

If you’re going to ask me to love the unlovable narrator the writing better be good enough to make me.