2017 is a year which begins to clarify some of the shifting consumer dynamics. As companies look to create new brand loyalties from younger consumers they also continue to try to appeal to their longtime devotees. This is a more difficult task than it might seem for an ambitious brand. If there is one thing which became clear while sniffing the 678 new perfumes this year it was this divide. A year ago when I wrote this overview it wasn’t that obvious. Within the first quarter of 2017, when I get inundated with rose perfumes, that kind of concentration of data showed some trends. 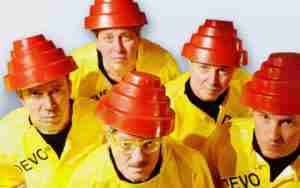 I said Deconstructed not DEVO

One of 2017’s favorite descriptors was “deconstructed”. What this meant was taking a version of a keynote and using one of the different isolates which removed or diminished the “problematic” part. Think indoles being removed from white flowers and you get the idea. It had the effect of making these perfumes lighter in style. When used just for that effect those perfumes were generally not that interesting. In fact by deconstructing they also removed some of the interesting character. When perfumers took those new spaces and filled them in with different alternatives it provided both the lighter style and something interesting. Comme des Garcons Concrete is an excellent example of this. Perfumer Nicolas Beaulieu used different sandalwood sources where it was hollowed out. Into that space he added a different rose source in rose oxide. You’ve smelled sandalwood and rose many times but deconstructed this way it felt different. If this style can become popular it has the opportunity of appealing to perfume lovers of all generations. 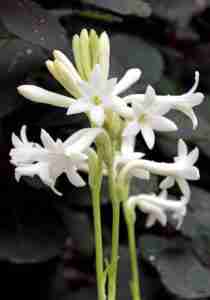 Note of the Year

Every year Pantone surveys the colors used by fashion designers and names a “Color of the Year”. Nobody does that for perfume but based on my sample the “Note of the Year” was tuberose. This follows on with the deconstruction trend as there were now tuberose sources for a perfumer to use which did remove those problematic indoles, or attenuate that overt floral nature with more green. It ended up being a renaissance for this ingredient as there were multiple takes on it released. They covered ground as divergent as the green stemmy version of Naomi Goodsir Nuit de Bakelite to the coffee drenched interpretation of Atelier Cologne Café Tuberosa. I was constantly impressed at the number of excellent tuberose perfumes I tried.

Last year I genially grumped that my favorite independent perfumers let me down. This year was the opposite as Laurie Erickson, Dawn Spencer Hurwitz, Bruno Fazzolari, Shelley Waddington, Josh Meyer, Mandy Aftel, Vero Kern, Ineke Ruhland, Andy Tauer, and Tanja Bochnig reminded me how critical these very singular voices are. 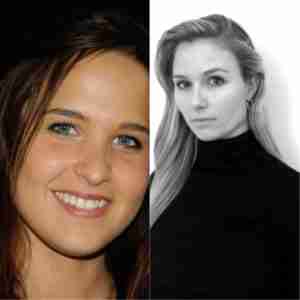 There were two new exciting voices I am looking forward to seeing what the future will bring. Perfumer Fanny Bal produced Editions de Parfums Frederic Malle Sale Gosse and Mackenzie Reilly who composed A Lab on Fire California Snow. Both were stunning debuts which hopefully are harbingers of things to come. I know Mme Bal is working on a new Masque Milano which confirms her potential based on working for a brand which has one of the best track records of discovering young perfumers. It is already high on my list of most looking forward to in 2018.

At the halfway point of the year I was unimpressed by the offerings within the mainstream sector. The back half of 2017 was a different story. Thierry Mugler Aura and Chanel Gabrielle both provided new pillars for their brands. Gucci Bloom was another of the better tuberose interpretations. John Varvatos Artisan Pure was a Mexican hillside in summer. Tiffany & Co. re-invented the fragrance brand of the jeweler into 2017 relevance. Elizabeth & James Nirvana Amethyst continues that brand’s winning streak. While Tom Ford Noir Anthracite and Valentino Uomo Noir Absolu gave me flankers I liked much more than the originals.

I have enjoyed the diversity of releases over the year which makes my revelation, over the next two days, of my Best of the Year so much fun.

Tomorrow I name my Perfume, Perfumer, Creative Director, and Brand of the Year