I’m starting this edition of Dead Letter Office a little bit differently. In the almost four years I’ve been writing on my own at Colognoisseur I am very happy that certain columns connect with specific readers. This usually leads to delightful conversations via e-mail or chat. One big fan of this column has decided to move beyond that. Over the past year I can count on seeing a chat pop-up the next morning after a Dead Letter Office piece. This reader has a crazy collection of discontinued fragrances. At the beginning of the summer I was asked how many more Dead Letter Offices I had in me. I responded that I was getting to the end of my list that I own. I was asked for my address and a few weeks later the most amazing surprise arrived; a box full of samples of discontinued gems. There was a little note which accompanied it, “this should keep you busy”. I’ve asked, I’ve pleaded, I’ve begged for the reader to allow me to name them. I feel like I should be able to call this the “Person’s Name Collection” when I write about it. For now, it will remain an anonymous random act of kindness. 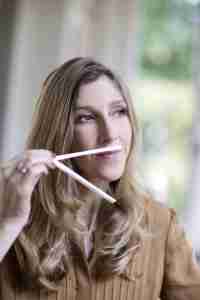 When you get something like this there is a giddy moment of colognoisseur in the rare perfume store. I wanted to try everything. As the temperatures were cooling there was one which I had heard about which was purported to be a “perfect chocolate gourmand”. I felt like that was where I wanted to start, with Trussardi Python.

Trussardi is an Italian fashion design house which began by selling leather goods in 1911. Over the next seventy years the brand would expand into accessories of all kinds. In an interesting turnabout the fragrances which bore the brand name came before the clothes. In 1982 they would release their first branded fragrance; the women’s ready-to-wear collection would come a year later. The rest of the 1980’s would see a dramatic worldwide expansion for all things Trussardi. 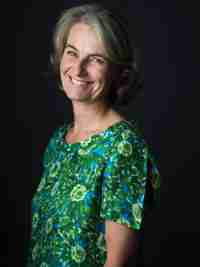 As they reached the turn of the century they decided to jump on the fledgling gourmand perfume trend with Python. At this point in time Thierry Mugler Angel had spawned multiple follow-ons. To stand out perfumers Louise Turner and Nathalie Gracia-Cetto decide to create a photorealistic chocolate accord and serve it up on a sandalwood platter. It turns out to be all of that.

The perfumers raise the curtain with a raucous fanfare of orange, jasmine, and rose. It is loud and proud to be on your skin. Soon enough the chocolate comes forward as it seems to kick the florals to the curb while embracing the orange. The perfumers pull a neat effect by using plum to add depth to the chocolate. This then allows cardamom and nutmeg to gently spice the overall accord. The base is all sandalwood in overdose. It is sweet and creamy and kept there with a little vanilla.

The chocolate in the heart of Python is not an abstraction in any way. The perfumers successfully present the smell of a fine chocolate bar. Evidently the abstract fireworks of Angel were preferred by the segment of consumers who wanted to buy a gourmand perfume. Which meant Python would join many other early gourmands in the Dead Letter Office.

Disclosure: this review is based on a sample supplied by a reader.