I first became aware of Tom Petty when he played a show in July 1978 at the Miami Jai-Alai Fronton. I was deep in the middle of my punk rock infancy and the main reason I went to the show was because of the opening act Patti Smith. Tom Petty was an afterthought. Which is pretty much metaphor for his career. Tom Petty was the overlooked influencer of a generation. 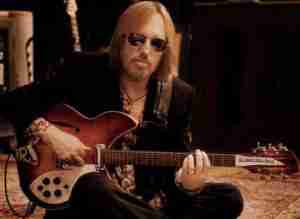 That show in 1978 was momentous for another reason it was the night Mr. Petty’s heart stopped, for the first time. It was a typically rainy S. Florida July evening. The jai-alai fronton was old and the roof leaked; right over the space where Mr. Petty’s microphone was. It wasn’t until he returned for the encore and he stepped forward to touch the microphone that it became obvious. There was a thunderous pop through the speakers and Mr. Petty was thrown backwards; only to get up and finish the song. He walked off stage and it was months later I found out, reading in Rolling Stone, that he collapsed and had to be resuscitated. That meant the show went on while his heart was giving out. It is what made him stand out he just kept going and doing his thing.

Another by-product of that 1978 show was he had already won my respect before the encore. I was enjoying punk rock because I felt the rock played on the radio had left behind being made up of guitars, drums, and keyboards in place of synthesizers and orchestras. Tom Petty and The Heartbreakers were closer to what I found so appealing in the punk aesthetic. I went out and picked up his first two albums. Songs like “American Girl” and “You’re Gonna Get It” found a place on my mix tapes next to “Blitzkrieg Bop” and “God Save the Queen”. He was the radio-friendly punk rock star.

As the video age arrived with MTV Mr. Petty would produce some of the very best videos. He was an act for whom the visual added another layer to his musical vision. My favorite is the one accompanying 1985’s “Don’t Come Around Here No More”. Mr. Petty plays an especially sinister Mad Hatter menacing a bratty Alice sneering the title line where the acid drips from every syllable. The ultimate revenge at the end of the clip seems appropriate. As with so much of his career his isn’t the first name you think of if I say “best videos” but his were right up there.

That’s the story of his career one of quiet excellence. It is always those you end up missing most because their importance doesn’t become clear until they’re gone which is probably exactly the way Tom Petty wanted it.