I’m used to getting behind on my reviews especially as the days left in the year seem to be greater than the amount of perfume on my desk. In this column I usually enjoy writing about whatever is right in front of me. Which is why I don’t know why I failed to write about Spider-Man: Homecoming when it was in the theatres. I’m going to rectify that since it just got released on home video. 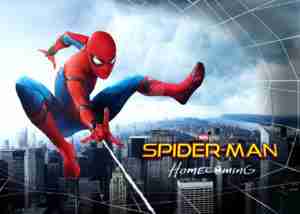 If there is something that irritates me when they reboot a superhero franchise it is that they feel like they must repeat the origin story as part of that first movie. I think audiences have long passed not-knowing why a hero has gained their powers especially the biggies like Spider-Man. The first thing Homecoming got right was they didn’t do that. We meet Peter Parker as he narrates his cameo, into his phone video recorder, in Captain America: Civil War. This introduced this version of Peter Parker and Spider-Man way better than another version of Uncle Ben dying would have. It also sets the stakes as less world threatening and more neighborhood threatening. Another thing about this version I admired was returning to the teenaged high school version of the character. It keeps everything on a smaller level as Peter’s relationships get put at risk because of Spider-Man. 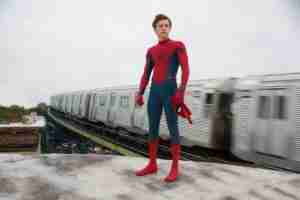 The villains are equally smaller in scope. The Vulture, played by Michael Keaton, and his gang are a bunch of guys who have figured out how to profit off the stray pieces of alien technology strewn throughout New York City in previous Marvel movies. They just want to keep the job they made for themselves. This is a small-scale conflict which never felt small as a story. When it all comes together in the final act the world itself isn’t at stake but a teenager’s world is what’s on the line and it works.

When we first met Tom Holland, the actor portraying Spider-Man, in Captain America: Civil War he felt right in those few minutes he was around. After Homecoming he is my favorite of the three actors who have portrayed the web slinger on screen. I think the choice to focus on a kid with superpowers, and explore that, works because Mr. Holland conveys the thrill of that through his performance. There is a scene very late in the movie where he gets a very unique version of “the dad talk” from his date’s father. His reaction feels authentic throughout as it catalyzes the action in the final act of the movie.

The final choice in the movie is whether to stay in the neighborhood or save the world. The choice is never in doubt because of everything that has happened before. If you stayed away from movie versions of Spider-Man because they didn’t meet your expectations give Homecoming a viewing I think it can bring you back home to the movie franchise featuring your friendly neighborhood Spider-Man.