I have long been an admirer of Tom Ford and his approach to fashion. Over the last few years he has moved to take back fashion from the madding crowd in the way he does his runway shows. He shows during New York Fashion Week but it is always on his own terms. Last night Mr. Ford had his Autumn Winter 2016 runway show at the recently closed The Four Seasons restaurant allowing it to go out with a bang. For those familiar with the fashion calendar the September shows are usually for next Spring’s fashion. Mr. Ford believes that in the age of the internet nobody wants to wait. So he has joined a few other designers in debuting a collection which you can buy immediately. So this morning anything you saw on the runway last night was available online and in store. One other special part of the evening was the space was scented with the newest Tom Ford Private Blend, Ombre Leather 16 which like the fashion is also available as of today. 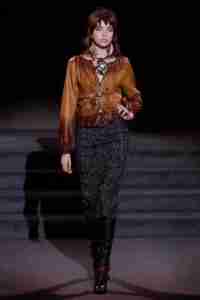 Ombre Leather 16 translates to shaded leather 2016. It is a fitting accompaniment to what was presented on the runway as the Autumn Winter 2016 collection was full of contrasting textures of which leather was one of the stars. Visually the leather showed up in details and as contrasts with things like tweed. Ombre Leather 16 is also like that. I’ve had my press sample for a few weeks and I’ve really been impressed at how much this leather is in flux displaying different shades depending on what other notes have stepped up. I have not found out which Givaudan perfumer(s) worked on this. (UPDATE: The perfumer is Sonia Constant) I do have a suspicion though. (UPDATE: I was wrong) Whomever did this work the leather accord at the heart of Ombre Leather 16 is absolutely fantastic. 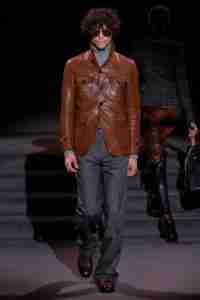 That leather accord is front and center as you spray on Ombre Leather 16. This is a supple leather but early on it has a dry quality to it. The first note which interacts with it does little to that quality as violet leaves cut across the leather like silvery green razor blades. To go with this is a breeze of green cardamom adding a bit of brightness to the overall effect. I like almost everything about this perfume but these opening moments are amazing for me. I have always liked the sharp qualities violet leaf can impart and the perfumer(s) here lets them fly like a knife thrower as they thunk into the rich leather. Then the next shadow is cast across the leather as jasmine sambac steps up. This is an indolic version and so it enhances the animalic qualities of the leather. It also begins to relieve the aridness of the early going. A very restrained patchouli comes next which pretty much completely transforms the leather into something much fleshier. It does this by using the earthy qualities of patchouli to tame the beast and allow the gorgeous leather a platform from which to preen a bit. Finally, it marches off the runway on the arm of what is called white moss but which smells like typical low atranol oakmoss to me.

Ombre Leather 16 has 12-14 hour longevity and above average sillage. 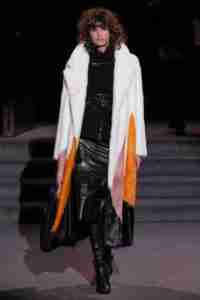 This, by far, is my favorite leather in the Tom Ford Private Blend collection. It is much more to my taste than Tuscan Leather because the raspberry in that fragrance always jars me a bit. Ombre Leather 16 is true to its name as every shadow in the fragrance blends together as it moves through its paces. It is the best Tom Ford Private Blend since Shanghai Lily.

Disclosure: This review was based on a sample from Tom Ford Beauty.