Of any review I have written on Colognoisseur in four and a half years the one which has garnered the most outright disappointment within the comments has been Tiffany & Co. The comments are very disappointed in another perfume called Tiffany which has replaced the original. As I pointed out in that review I believed it was Tiffany’s desire to make a perfume for a younger demographic than those who remember the original Tiffany perfume. It was much more transparent trending towards an iris soliflore. Over the year since I posted that review the lovers of the original have made their voice heard; they don’t like this new perfume. Because of that I was quite interested in the new flanker Tiffany & Co. Eau de Parfum Intense. Could this be the bridge?

Going in to trying this the press release carries this line, “A richer, deeper version of the original signature scent. Tiffany & Co. Eau de Parfum Intense echoes facets of the original composition” It does revive some of the original Tiffany ingredients, but I think this probably misses the sweet spot it was looking for. 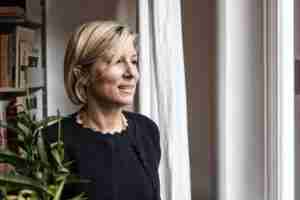 Perfumer Daniela Andrier is taking her iris soliflore of last year’s model and adding some character in the accords which surround the iris as the sole floral in the heart. This is the biggest difference between old and new; a single floral in the new versus a bouquet in the older version.

Mme Andrier opens with the green mandarin she used last year but this time blackcurrant buds and baie rose are added. The changes the opening into a greener more herbal citrus. It is much more complex than the soliflore. Iris is allowed to flower, again, in a rootier more earthy style; the powder is kept under control. The base is all about sweet resinous warmth as amber and benzoin are sweetened by vanilla. It is comforting like the sandalwood, vanilla, vetiver, and amber of the original.

Do I think Tiffany & Co. Eau de Parfum Intense is going to win over those who miss the original Tiffany? No, I think this could make the loss keener because there are more recognizable pieces but not near enough to hold a candle to that perfume. Do I think the person who liked last year’s Tiffany & Co. will be excited to wear this flanker? Probably not because this crosses the line from transparent to something heavier in effect. The marketers say those who like the transparent simplicity of Tiffany & Co. should not want anything to do with Tiffany & Co. Eau de Parfum Intense. What about me? I liked it, probably more than either of the two groups outlined above. This was less of a trifle than last year’s model. They may have missed the sweet spot they were aiming for, but they found mine.

Disclosure: This review is based on a sample from Tiffany & Co.