I’ll be spending the next week going into all the good smelling reasons 2020 didn’t entirely stink. But for the readers of this column I also like doing a list of my favorite non-perfume things of the year. This year the list is heavy on that which helped me deal with my quarantine more enjoyably.

Favorite Book: Long Bright River by Liz Moore– I read a lot this year but this was the first new book I finished in 2020. It still resonates with me emotionally. The story of two sisters whose paths have diverged and the Philadelphia neighborhood they grew up in is amazing. It isn’t an easy read, but it is an honest one with a mystery which drives the narrative.

Favorite Comic Book: Swords of X– I used to spend too many summers tied up in a months-long story across all the X-Men titles thirty years ago. I didn’t realize how much I missed that until Jonathan Hickman followed up his reboot of the franchise last year with Swords of X. An old-fashioned throw down as the mutants must battle for the fate of the earth with their own special swords. Great escapist fun. 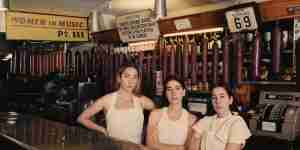 Favorite Album: Women in Music Part III by Haim– The sisters gave me an album I’ve listened to a lot. They are continually evolving their sound and subject. This album seemed more personal than the previous ones. That’s from a band that didn’t shy away from that in the past. Here it felt like we reached the soul of the matter.

Favorite Single: Rain on Me by Lady Gaga and Ariana Grande– When I needed to dance it out this year it was this track I queued up. When pop divas are confident enough to give each other the room to do what they do best you get a single like this. 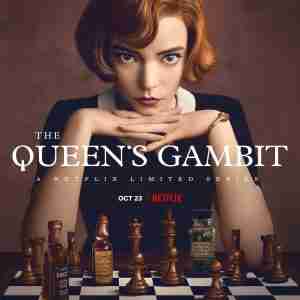 Co-Favorite TV Show of the Year: The Queen’s Gambit– I didn’t sit in a movie theatre this entire year. What it meant was the streaming networks gave me the main source of my visual entertainment. The Queen’s Gambit followed the trend of unlikeable protagonists who seek redemption. Actor Anya Taylor-Joy sells the story of a chess prodigy’s climb up the ladder in the 1960’s. This has incredible acting, authentic chess, and the best fashion of any show on television.

Co-Favorite TV Show of the Year: The Mandalorian– I already wrote about what a perfect piece of Star Wars the first season was. Inexplicably Jon Favreau and Dave Filoni oversaw an even more meaningful and better second season. Each episode fed into the next one with no slow teases or slow fuses to what we knew had to happen. They knew a better story was to be had when you just go to the punchlines quickly. This series is becoming the hub which unites every Star Wars fan across generations. I can’t overstate what a gift that is.

I’m going to touch on this when I get down to the perfume things of 2020. This blog and the readers of it also kept me going this year. Especially the small group of readers I think only visit to read this specific column. I just like to write about the things I enjoy. That there is an audience who also enjoys it makes it satisfying. Thank you for reading.