Thanksgiving is over and I am now deep into my holiday playlist as this time of the year has a strong association with the music I listen to during it. I’m a fan of all the ones which put a smile on my jolly old elf face. Yet there is definitely a place for the more poignant less obviously happy songs which touch me deeply. As I wrote about last year Fairytale of New York by The Pogues & Kristy MacColl and Christmas in L.A. by The Killers & Dawes are good examples. Another song which fits right in with those is 2000 Miles by The Pretenders. 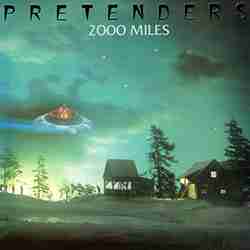 The Pretenders were one of the early punk bands to have some chart success. In 1979 the song “Brass in Pocket” introduced us to the band fronted by Chrissie Hynde. Ms. Hynde had an instantly recognizable vocal sound. Along with Debby Harry of Blondie they were the female faces of late 1970’s punk rock. From 1979 until 1982 The Pretenders were soaring. Then it all came crashing down due to the death of two band members due to drugs. Two days after throwing bassist Pete Farndon out of the band for his out of control drug use lead guitarist James Honeyman-Scott would die because of cocaine induced heart failure. Mr. Farndon would die of an overdose ten months after that. From the heights to the crushing lows that quickly.

Ms. Hynde would work out the losses through music. The immediate musical reaction was the song “Back on the Chain Gang”. That was farewell rolled up in a bit of a defiant promise to continue on. Eighteen months after Mr. Honeyman-Scott’s death 2000 Miles would be released. This is the eulogy as Ms. Hynde sings about her missing friend being so very far away. It has become a Christmas song because there is a repeated line which develops throughout the song which ends with “it must be Christmas time”.

There are two versions on my playlist. The first is the 1983 original and it really is a duet of Ms. Hynde’s lead vocal and a fantastic circular guitar line played by Robbie McIntosh. As always it is Ms. Hynde’s vocals which convey the emotion. It is most apparent to me on the subtle change in the way she sings the last line of the song, “I hear people singing, it must be Christmas time”. The first time through it is said with a real bittersweet longing for her lost friend. The second time through it sounds more hopeful as she is moving on with one more look back. It is those two lines which always grab me emotionally. I often get a strange look as I wipe away a tear if I’m on the bus with the headphones in.

In 2014 Ms. Hynde revisited the song and while I don’t know this to be true it seems in this version she has embraced it as a true Holiday song. The differences in this version are the guitar has been replaced by a piano. The changee in instrumentation makes this less about the loss of a friend and more about Ms. Hynde’s vocals and the lyrics. The video above is just the lyrics being scrawled over a series of snowy vistas. The vocals soar a bit more and there is much less of the pain evident. When we get to the same final two lines they are as heartfelt as they were in 1983 but there is a lot more joy in their rendition.

A song born of tragedy has come full circle to be a song of the Season. Both versions speak to what I want in my Holiday soundtrack.