The comic book history of the superhero group, X-Men, has two distinct eras. The first covering their creation in 1963 until they ran out of steam and were canceled in 1969. The early incarnation was all about these powerful mutants helping humanity without too much resentment on display. When they would return in 1975 with a new team they had shifted from teenagers to adults from all over the world. The other significant shift was the world feared them. It has been that struggle which has become the hallmark of the comic book and movie versions. The feared outcasts have always provided a rich vein of stories and the latest television series, The Gifted, has taken that as its starting point. 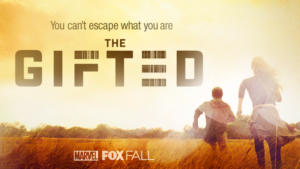 Over the first couple of episodes we meet the Strucker family. The two children, Lauren and Andy, with parents Reed and Caitlin. Reed is a district attorney known for prosecuting mutants. Which of course means when his son exhibits uncontrollable powers he is split as a father and prosecutor. His journey will be the decision on what is more important to him. Andy’s use of his powers sends them on the run. They encounter a Mutant Underground which will smuggle you out of the country. Of course, it is never that easy and the family finds getting out of Atlanta tougher than expected which covers the entire 13-episode first season.

The other background provided throughout the first half of the season is important. First, The X-Men have disappeared. There are no heroics to be found from the most well-known mutants. Second, the fear and hate from the non-mutant population stems from an incident that happened on July 15 when at a mutant rights protest something, which hasn’t been explained fully, happened to cause mass casualties. The humans hunting the mutants refer to this as 7/15. This is the backdrop which propels the story. 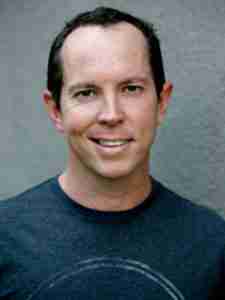 Over the course of the season there are discussions of how these mutants should react. The large ensemble cast does a nice job of expanding on all the different perspectives. I have liked the overall framework and the general storyline being told but the large cast has created a different problem. I am not invested in the individual story of anyone. There isn’t a mutant I particularly want to see or that stands out. There isn’t a villain which provides me enough animosity I want to see their fall. The strongest emotions I had were when the mutants who have the mind-altering abilities used them..

The show is written and overseen by Matt Nix who was a fan of the same comic books I read. If I could give him some advice for the second season I’d ask him to focus more strongly on a couple of mutant characters. Make them our focus from which stories can expand upon. The foundation is here but it now needs to be built upon so that The Gifted is more like the second generation of the comic book that created an entirely new superhero style.