As I have been following the coverage from this year’s San Diego Comic-Con and the wall-to-wall coverage it is receiving I have been thinking of an earlier time. I’ve been thinking about a time when comic books weren’t graphic novels and you were likely to take the dustcover off your fantasy book while reading it in public. I have recently gone back to look at some of the fantasy series from the 1980’s that blazed the trail which stories like “Game of Thrones” and Robert Jordan’s “Wheel of Time” series built upon. One of the first rule breaker series was written by author Tad Williams in three volumes. The overall story was called Memory, Sorrow, and Thorn. The three books are titled The Dragonbone Chair, Stone of Farewell, and To Green Angel Tower.

Many of the familiar tropes of epic fantasy are here. Our hero is Simon; seen as a kitchen boy in the beginning of The Dragonbone Chair. Events catch the young man up and he sees too much and must flee his mundane life. He picks up a wise caretaker by the name of Binnabik who teaches him survival skills. Eventually it is revealed that Simon must retrieve three legendary swords named Memory, Sorrow, and Thorn. Each book details the recovery of one sword. 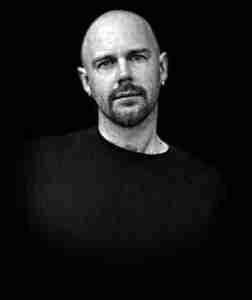 What set Mr. Williams storytelling apart was he asked an interesting question as an epic fantasy writer, ‘Why do we trust the mystical agent that sends our hero on their quest?” Certainly Bilbo nor Frodo ever questioned the need to destroy the One Ring in Lord of the Rings; or anything Gandalf told them. Most of the epic fantasy that was released after that certainly followed that path. Mr. Williams decided to take that concept and twist it one hundred and eighty degrees. For the first time as I was reading a series I wasn’t entirely sure I wanted our plucky hero to succeed.

Nowadays we take it for granted that there are unreliable narrators shot through any current day series. Memory, Sorrow, and Thorn was the first series to take this concept out for a spin. When the final book came out in 1993 this wasn’t well-received. A lot of my fellow geeks did not like this plot twist. They felt Mr. Williams had “cheated”. I was one of the few defenders of this because I saw the potential it had for the future of the genre. If you are a fan of the current state of the art epic fantasy stories you should go back and read Mr. Williams’ books. In them you will see some of the components, on display for the first time, of where the genre is today.