As Memorial Day approached last week I was busy refurbishing my summer music playlist. The songs have to be light fun and made for singing at the top of my lungs in the car. It gets a little longer every year as a couple of songs from the previous summer are added to my evergreen collection of songs I associate with long sunny days. At about the same time I was arranging the perfume on my shelves to get the ones I like on my perfume playlist out in front. As I was looking at them I realized that there is also a group of five I like wearing every summer because they are part of what makes the season for me. I thought I’d share my summer perfume playlist in this month’s My Favorite Things.

It might be the alpha perfume, or more accurately the alpha cologne, but there is nothing I enjoy more than spraying myself with a healthy coating of Roger & Gallet Jean Maria Farina Extra Vieille. Reputedly the original cologne recipe: lemon, rosemary, and orange blossom. It lasts for a short time, but it refreshes just as much as any three-chord rocker like “Sheena is a Punk Rocker” by The Ramones. Gabba Gabba Hey. 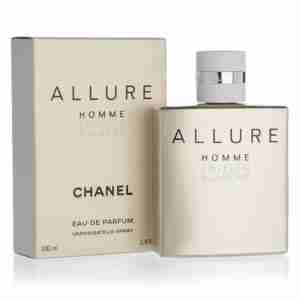 When I want something as bright as the noonday sun I choose Chanel Allure Homme Edition Blanche. Perfumers Jacques Polge and Francois Demachy open with a fantastic shiny fanfare of lemon before heading to a lightly woody base. I seem to hum “Walking on Sunshine” by Katrina and the Waves when I wear this.

Summer isn’t summer unless you spend some time at the beach. The Different Company Sel de Vetiver captures the smell of salt water on skin matched with vetiver and grapefruit to capture the dune grass and the sun. Perfumer Celine Ellena makes a fragrant version of “Surfin USA” by The Beach Boys.

What might be the omega cologne, Thierry Mugler Cologne, is one of the best reinterpretations of a classic fragrance style that exists. Perfumer Alberto Morillas uses the same lemon and orange blossom seen in many colognes but by threading a lot of white musks through that duo he creates something brilliant. This is the summer perfume I wear when I want to smile like “Good Vibrations” by Marky Mark and the Funky Bunch.

I discovered Diptyque Philosykos near the end of a particular summer. It conjures end of season memories for me with perfumer Olivia Giacobetti’s transparent fig providing the coda to the summer before fall arrives. Just like “Boys of Summer” by Don Henley.

For the next three months all five perfumes and five songs will be on heavy rotation. See if you want to add them to your summer playlist.

Disclosure: Reviews based on bottles I purchased.

The primary goal of this series is to allow someone new to the fragrance world a starting place with many of the extensive lines out there. A secondary goal is to give some attention to great fragrance collections which might not be as well known, but should be. This month I am going to introduce some of you to The Different Company.

The Different Company was founded in 2000 by Thierry de Baschmakoff and Jean-Claude Ellena. In 2003 M. de Baschmakoff would work with perfumer Celine Ellena for the next year before giving way to current creative director and CEO of the brand, Luc Gabriel in 2004. Mme Ellena would continue the collaboration until 2010.  Since 2011, M. Gabriel has brought in Emilie Coppermann for the cologne collection and Bertrand Duchaufour has contributed to the Collection Excessive. These consistent partnerships between creative director and perfumer has led to a house style which has been in place from the very first perfume released. Here are the five I would suggest to get you started.

Bois D’Iris composed by Jean-Claude Ellena was one of the first releases of The Different Company. The name promises Iris Woods and that is exactly what M. Ellena delivers as orris is surrounded by cedar. With M. Ellena it is always the grace notes which make his perfumes memorable and for Bois D’Iris it is the narcissus, vetiver, and musk which make this one of the best florals ever made by M. Ellena.

Sel de Vetiver composed by Celine Ellena is one of my favorite vetiver perfumes. It might be the perfume I have written the most about over the ten years I’ve been writing about fragrance. The reason for that is Mme Ellena creates an accord of drying salt water on sun-warmed skin which is combined with three different vetiver sources. I have used this perfume as the introduction to vetiver for so many.Those who like it, like me, will never be without it.

De Bachmakov composed by Celine Ellena is a transparent fragrance of winter vistas. It was inspired by the tundra of M. de Baschmakoff’s Russian heritage. Mme Ellena captures the bite of winter air by using the sharply green shiso. Coriander, nutmeg, and cedar come together to form a frozen earth accord. This is one of the best examples of minimalist perfume composition that I own.

Aurore Nomade composed by Bertrand Duchaufour marked a different aesthetic at play. M. Duchaufour in contrast to Mme Ellena is not a minimalist. It could be said he is a maximalist very often as his perfumes can seem overstuffed. Aurore Nomade is one of those perfumes overflowing with ideas. To M. Duchaufour’s credit it holds together to form an accurate evocation of the Spice Islands. With spices like cinnamon, clove, and nutmeg along with a bit of tropical fruit cocktail all with a shot of rum swirling around; M. Duchaufour uses every bit of the potential of ylang-ylang as the central note in Aurore Nomade. It is over the top in a very good way.

Une Nuit Magnetique composed by Christine Nagel is a perfume of magnetic attraction and repulsion. Mme Nagel creates a fragrance which comes together only to be forced apart. In the top ginger and bergamot have their harmony disrupted by blueberry.  In the heart she uses prune to break up a collection of floral extroverts. The way that Une Nuit Magnetique is in constant flux on my skin has always magnetically drawn me in.

If you’re new to the brand these five will give you a good introduction to The Different Company.

For those of us with more than one bottle of perfumer the change of the seasons signals a change in the perfumes we look forward to wearing. With Memorial Day in the rearview mirror for 2014 the summer days have begun and for the next three months my perfume tastes tilt towards the citrus, the colognes, and the vetivers. I wear vetiver fragrances all year round because it is one of the more versatile notes in perfumery but there is something about a hot day which elevates my favorite vetivers to something even more enjoyable. I thought I’d share my five favorite vetivers as I dust them off and move them to the front of the shelf for the summer. 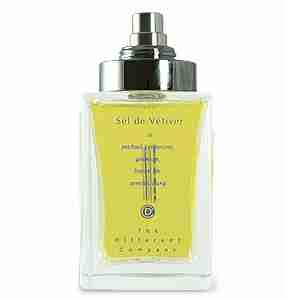 The Different Company Sel de Vetiver might just be the perfect summer fragrance as perfumer Celine Ellena created a near perfect mix of vetiver and sea. Mme Ellena wanted to create an accord of “salt drying on skin after swimming in the ocean” and she does. Before getting to that a very grassy vetiver along with grapefruit and cardamom lead into that accord. Ever since trying this in 2006 it has been one of my summer staples.

For nearly as long another summer staple was Guerlain Vetiver but in 2012 Roja Parfums Vetiver Extrait supplanted it. Roja Dove takes the same spine found in that fragrance and turns it into something as brilliant as the noontime summer sun. The bergamot is bolstered by lemon. Jasmine and rose provide an amuse bouche for the vetiver main course. Vetiver is swirled in a sirocco of spices and woods. Nutmeg, pepper, and caraway match up with gaiac, cedar, and amyris. This carries a luminous inner glow all day and into the night.

Like I said I also use my colognes a lot during the summer and Atelier Cologne Vetiver Fatal checks both cologne and vetiver boxes. Perfumer Jerome Epinette uses a higher distilling fraction of vetiver which produces a much greener, less heavy, woody vetiver source. M. Epinette weaves it into a traditional cologne structure of citrus, orange blossom, and cedar. The unique raw material turns this Vetiver into an opaque vetiver breeze and because it is a cologne absolue this breeze blows all day long. 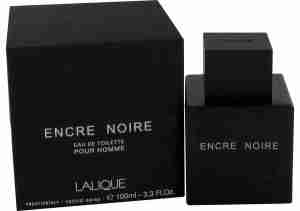 If Sel de Vetiver has been my summer days Lalique Encre Noire, also released in 2006, has scented the nights. Perfumer Nathalie Lorson uses a simple structure of woods to coax out the woodier character of vetiver and turn it into a sultry night. Mme Lorson sandwiches her Haitan and Bourbon Vetiver with cypress and cashmere woods over a musky base. This is the scent of potential as you head out into the evening.

My all-time favorite vetiver fragrance is Editions de Parfums Frederic Malle Vetiver Extraordinaire. The entire Frederic Malle collection was a sensation when it was released in 2002. I remember trying it for the first time and it was Dominique Ropion’s smoky vetiver which exerted the strongest pull upon me. It was also the first bottle I purchased from the line. M. Ropion has made the perfect vetiver fragrance when I am wearing my linen ensemble at a summer outdoor event. It has a perfect casual sophistication for the season. What sets this apart is the “floral ozone accord” which energizes the vetiver in the heart. The vetiver here feels more virtually alive than in any other vetiver I own. All of this lands on a base of smoky resinous wood as myrrh, oakmoss, sandalwood, and musk complete this. I have always envisaged Tom Wolfe wearing this.

Enjoy the summer and get your vetivers out!

Disclosure: I purchased bottles of all of the fragrances mentioned above.