Since I am a scientist I am sure it will come as no surprise to any of you that I am also a skeptic when it comes to paranormal phenomenon. It is a consistent source of conversation here between Mrs. C and myself. I apply the scientific method when I analyze anything and most things paranormal fall apart pretty quickly. The hardest to debunk are the claims of psychic powers. Those who claim to have these abilities are amazing when you see them in person. They know things that they shouldn’t know. When one of these is on Mrs. C will often say, “How could he/she know that?” My response is it is a magic trick in the same way a magician reads minds but the magician fully admits it is a trick. My last line of defense has always been The Amazing Randi’s Million Dollar Challenge.

James Randi is a stage magician who goes under the name The Amazing Randi. I first became aware of him in 1973. He was contacted by Johnny Carson just before he was to have psychic Uri Geller on the show. Mr. Randi advised the show on how to present the objects that Mr. Geller would perform upon. At this time Mr. Geller claimed he could bend spoons, stop watches, divine which container had water in it, and reproduce drawings that were in sealed envelopes drawn by someone else. All of these supposedly done with his mind. As you can see in the video above Mr. Geller failed spectacularly in front of a national audience. 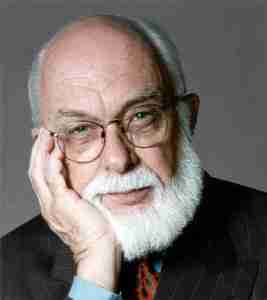 In 1964, while on a radio show, Mr. Randi was challenged by the psychic on the air with him to “put his money where his mouth is”. At that time it was a $1,000. Over time it has grown to a million dollars. There is an application process through the James Randi Educational Foundation (JREF) for anyone who wants to take up the challenge. The challenge is simple; under controlled conditions with agreed upon protocols if anyone can show they have paranormal powers they will be awarded One Million Dollars.

Most years at the convention for skeptics called The Amazing Meeting someone takes a shot. This past year a psychic who claimed to be able to transmit heat or pressure was given the opportunity. If he could do it in eight out of nine subjects he would claim the prize. He failed on the first two subjects and the test was over. This is what normally happens.

According to the JREF website over 1,000 people have applied from 1964 until 2005. With no recent figures supplied it is safe to say there are at least a few hundred more applications in the last ten years. To date there have been no displays of true psychic powers and the scientist/skeptic in me says there never will be.

I am very happy that Mr. Randi affords me the opportunity whenever I am faced with the prospect of some real psychic phenomenon to respond that there is a concrete way to prove it and win a million bucks. That nobody has done it in over 40 years should tell you all you need to know.