Independent perfumer Andy Tauer has been one of the more communicative artists out there. Right from the beginning he has written in his blog. A little over a year ago that evolved to a published magazine, Tauer Mag. Hr. Tauer is one of the few who has the ability to communicate complex perfumery concepts in easy to understand posts/stories. One of the early threads through his blog was his disdain for perfumes which claimed they contained “oud” but were actually accords of the genuine costly material. As he would receive requests for a Tauer oud perfume he resisted because he had decided he wouldn’t go the way of using an accord instead of the real thing.

In parallel to this stance science was working on a way to create a sustainable version of oud. Finding a way to accelerate the decay process of new agarwood trees has allowed for this to happen. Once Hr. Tauer found a sustainable plantation in Laos he decided it was the time to produce Tauer L’Oudh. 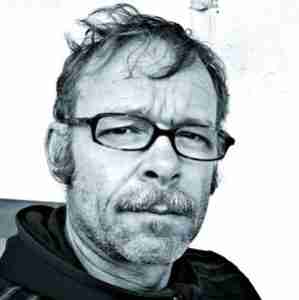 I have a little treasure box of almost 40 real oud oils. I spend lots of time comparing and contrasting the different sources. So far, the sustainable versions feel like oud but compared to the other ouds I have they also feel immature. One of the most common aspects of the sustainable ouds is a prominent gasoline aspect. This Laotian oud Hr. Tauer uses brings that along. What I really liked about L’Oudh is Hr. Tauer adds a set of ingredients to provide an aged oud feel to the overall effect.

It is that gasoline quality which hits me in the first moments. I like odd smells, this is surely that. As the fumes clear away a more typical medicinal, often compared to Band-Aids, scent moves forward. Hr. Tauer uses a trio of ingredients, cistus, castoreum, and vetiver to accomplish what I mentioned above. The catoreum adds in the skanky animalic. The cistus adds a decaying rot but not as much as you find in other ouds. The vetiver sharpens the frame as it enhances the earthier qualities. This is a tried and true technique when creating a soliflore and it works similarly with oud. Sandalwood provides a less obstreperous wood as the base note.

L’Oudh has 12-14 hour longevity and minimal sillage; it is a skin scent.

People are often spoken of as being “blunt objects” when they speak unvarnished truths. L’Oudh feels like Hr. Tauer beoming a blunt object as it refers to the use of real oud in perfume. If you want to experience all the quirky aggressive quality to be found in real oud, then L’Oudh is a good choice.