Back during the holidays in 1978 I went to the movies with a group of friends to see Superman : The Movie. This was Christopher Reeve in the movie which advertised “You’ll believe a man can fly”. At the end of the movie Superman flies quickly around the Earth in the opposite direction of the natural spin to reverse time. When we were at a local diner one of the group said about this, “You know that wouldn’t work. It would just throw everyone in to space.” There was a bit of silence and I internally thought,” So you bought a flying invulnerable Superman with no problem but reversing the spin of the Earth to reverse time; that’s a bridge too far?” 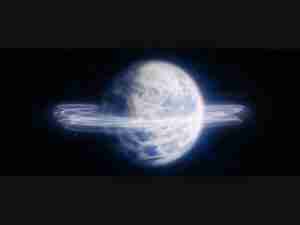 Superman reversing the spin of the Earth

I’m not sure what it is about popular entertainment which brings out a group of people who must criticize the reality of the fantastical. It has existed from that moment after Superman: The Movie to today. What I really find irritating is when scientists have an insatiable need to point out that fantasy is not real. 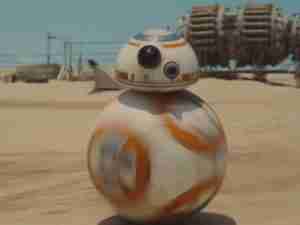 One of my favorite scientists from whom I derive a great deal of pleasure listening to on subjects of actual science is extremely guilty of this. Dr. Neil deGrasse Tyson just couldn’t help himself after Star Wars: The Force Awakens came out. The well-known astrophysicist just had to be a buzzkill pointing out the fighters shouldn’t be making noise in space. A weapon which absorbs the power of a sun should vaporize itself.  Finally, the small ball shaped robot which rolls everywhere would skid on sand uncontrollably. I am sure he felt better after correcting all the errors in the documentary that was presented on a galaxy far, far, away. Except Star Wars: The Force Awakens is not a documentary it is a science-fiction, notice the word after the hyphen Dr. Tyson, fantasy. You probably should look up the definition of that word too Dr. Tyson. There are so many important scientific questions which could use your expertise to spend time acting like the Star Wars universe is real science is beneath you. 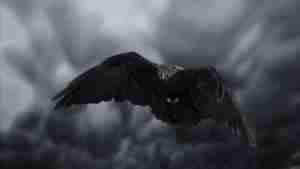 How Fast Do You Fly Little Raven?

This past week has seen my internet filled up with many people who have also mistaken the sixth episode of the current season of Game of Thrones as a documentary, too. In a series where a woman has stood in a fire while everything around her burns not once, but twice, without her hair burning up got no comment. In a series where dragons exist right next to ice zombies, that’s okay. People are resurrected by a Red God, no problem. And assassins can change the shape of their bodies and voices just by putting on a mask; sure. All of a sudden, this week has been spent debating the relative running speed of one character, the flying speed of a raven, and the airspeed of dragons because of an improbable sequence in which our heroes are rescued from certain death. As this debate became more ridiculous I thought back to the scene between The Bridgekeeper and King Arthur in “Monty Python and The Holy Grail” 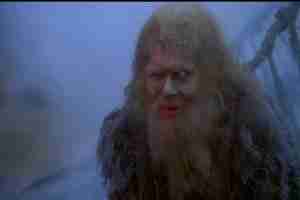 What is the air-speed of a Northbound dragon with a girl on its back?

The Bridgekeeper asks, “What is the air-speed velocity of an unladen swallow?. Arthur replies, “What do you mean? An African or European swallow?” The Bridgekeeper says, “Huh? I don’t know that.” Just before being flung into the abyss. For every person who can’t sit back and watch a piece of fiction and just be entertained I wish you the fate of The Bridgekeeper except I want every channel on your television and every screen at your movie theatre to be full of documentaries then those pesky inconsistencies in fiction will cease to be bothersome.