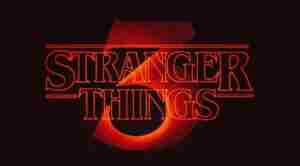 Stranger Things 3 moves from the Halloween adjacent time of the first two seasons to being set just before July 4, 1985. Everyone believes they have saved the world from the perils of the Upside Down. Except on the outskirts of town something is lurking. While underneath the town something else is going on. All plots lead to the new Starcourt Mall by the end.

One thing very different about this season is they split up our core group into four groups all learning something without knowing the others were finding out other connected pieces. The one thing it reminds you is in a world without cell phones nobody knows what the other is doing. It gave each episode by The Duffer Brothers the opportunity for these characters to really breathe as smaller groups.

Steve and Dustin pick up new friends Robin and Erica as they discover there is something covert going on at the mall. All while Steve and Robin are supposed to be working the ice cream shop “Scoops Ahoy”. The two unfamiliar names are the unquestioned scene stealers of this season. Maya Hawke makes Robin the perfect foil to Steve’s wanna-be lady killer. Erica, played by Priah Ferguson, is Lucas’ little sister who shows there might be another generation of young heroes in Hawkins. This group was funny while evading danger the whole time. I’d watch a spin-off of just these four.

This season deals with the difficulty of Hopper being a parent to a child with superpowers in Eleven. Eleven is learning how to be in a relationship by getting advice from Max. The girls leave Will and Lucas frantically trying to understand them.

Jonathan and Nancy spend the summer interning at the local newspaper. Nancy runs into the boy’s club of reporters who derisively call her “Nancy Drew”. Her desire to figure out what is going on comes from a place inside where she wants to show a woman can be a reporter.

The final ingredient is the Starcourt Mall itself. It has killed the Main St. small businesses leaving a ghost town behind. It is a clever thought to wonder if the Upside Down or Progress is more dangerous to Hawkins’ small-town lifestyle. There is a sequence when Eleven goes to the mall for the first time and the camera captures the sensory overloaded joy of it all. All of us who grew up in the 1970’s and 80’s know this feeling.

By the times things come to an end big changes are coming to the group of friends and the town. Stranger Things 4 seems certain to broaden its horizons. I’m okay with following this group anywhere,