From its inception in 1988 with Davidoff Cool Water and for twenty years after the aquatic style of perfume has become a cliché. It was caused by the desire for consumers for more of this fresh and clean style along with the desire of brands to give it to them. For a couple decades that was good enough. I was bored with the genre long before that with only a few continuing to be found in my consistent rotation.

Then as we crossed in to the 2010’s there seemed to be a re-thinking of the aquatic aesthetic. It wasn’t all beach milieu there were other kinds of scenes which could inspire a fragrance. In the last few years there has been a conscious transfer to more rocky coasts for the metaphorical waves to crash upon. These kinds of aquatics have reinvigorated my enjoyment of the style. When I received Strangelove NYC silencethesea I had another one to add. 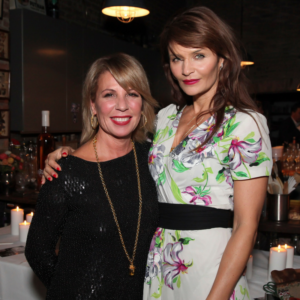 In previous reviews of Strangelove NYC releases I have lauded the creative team and the vision behind it. Co-Creative Directors Elizabeth Gaynes and Helena Christensen have collaborated with perfumer Christophe Laudamiel. One of the things which allows the brand to stand out is they are only produced by using the best natural raw materials as their keynotes. Every release has one at its heart. For silencethesea that ingredient is ambergris.

Any perfume lover is familiar with ambergris because it is part of the base accord of too many to count perfumes. Except as it is with oud, ambergris is often a clever manipulation of other ingredients to form a facsimile. When you smell real ambergris there are nuances which never appear in a constructed accord. It is a challenge because with an accord a perfumer can tune for a specific effect. When dealing with the actual version you have to find a way to allow the odd-smelling aspects to also have their part to play. M. Laudamiel does just this with the ambergris in silencethesea.

From the moment I sprayed silencethesea the ambergris was there. It is apparent throughout the time it exists on my skin. M. Laudamiel then spends the rest of the development adorning it with specific ingredients. First is angelica which as it interacts with the ambergris provides a flinty accord. The earthiness comes from a truffle accord. It reminds me of particularly rich loamy soil for a bit. Three florals, narcissus, jasmine, and tuberose provide deep indolic complement to the briny quality of ambergris. It works better than I thought it would on paper. The tuberose and its slightly mentholated green vein was the big surprise in how well it fit in. A rough leather accord of oud and frankincense is the last part of silencethesea.

Silencethesea has 12-14 hour longevity in the Eau de Parfum concentration and moderate sillage.

It is funny how the boy who grew up in South Florida has left that kind of beachy perfume behind in preference for a rocky strand where the waves crash instead. Silencethesea is that kind of advanced aquatic.

Disclosure: this review is based on a sample provided by Strangelove NYC.