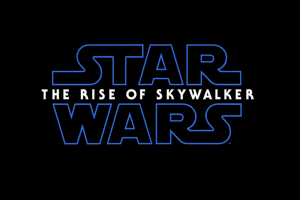 When The Rise of Skywalker hit movie screens I was where I have been for the last forty-two years; seeing the first showing on the first night of release. There is a segment of Star Wars fans who are unsatisfied with this closing trilogy. I am not among them. I realized one reason this is so is I participated in a survey leading up to the release and I was asked to name my three favorite Star Wars characters. I typed Obi-Wan Kenobi, Rey, and Han Solo. I really like the story of Rey through these three movies. It comes to a satisfying ending where it all began. One reason I think I am less critical of the saga as a whole is because I came to them as an adult right from the beginning. I never viewed them through a child’s eyes. So when people criticize with words like it isn’t as magical it is because when you first encountered Star Wars, as a child, you probably believed in magic. It is much harder to keep that positivity when you become older. JJ Abrams brought Star Wars back from the dead I will always be thankful to him for allowing the magic I see in the movies to be there for the rest of my life. 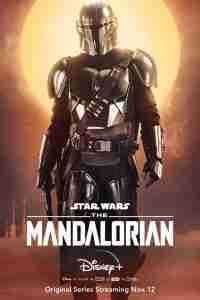 What that means is I want them to stop making theatrical movies. It is a fraught enterprise with conflicting ideas of what it should be. The future of Star Wars is someplace else. On out flatscreen tvs at home on streaming service Disney +.

Another writer/director who understands genre material is Jon Favreau. He is responsible for creating the Marvel Cinematic Universe with Iron Man. The Star Wars series, The Mandalorian, is creating something new for this galaxy far, far away.

Mr. Favreau teamed up with Dave Filoni to oversee The Mandalorian. Mr. Filoni has been the creative mind behind the animated series The Clone Wars and Rebels. Together they brought their passion for Star Wars and found a new place for it to grow.

The Mandalorian tells the story of the titular bounty hunter. Always hidden behind his armor his code never allows him to take it off while anyone is around. Prior to the premiere it was advertised as a grittier Star Wars out on the fringes. For almost the entire first episode that is what we get. Heavily inspired by the classic Sergio Leone/ Clint Eastwood spaghetti westerns the first episode carries that promised quality. Only to have it given a fabulous twist right at the end. That twist is totally Star Wars. It was kept completely secret while also letting us know this was not going to be that gritty Star Wars. It was going to be Star Wars full of A New Hope. It is so much fun to see the callbacks to Star Wars lore and classic western movie tropes. It ends, in the final episode, with a shot which brings the live action and animated series closer together.

What that means is I want more Star Wars on Disney+ not at the theatre. The Mandalorian could never have succeeded as a movie. I am excited for the new season of the animated The Clone Wars coming soon. I am even more excited for the next live-action streaming series based on Obi-Wan.

I think the movies time to carry the Star Wars torch has ended. They have provided the contours of a wide canvas with plenty of blank space to be filled in by creative authors who want to. If I never saw another new Star Wars movie in a theatre again, I would be fine with that. I am happy to spend some time relaxing on the sofa with the series opportunities from Disney+.