Every time I host the Sniffapalooza Sunday Emerging Artisans Uncorked lunch I seem to meet a new independent perfumer. This past edition at Fall Ball 2014 was no different as I met Lisa Wallos and David Cantor the brother and sister behind Kiori Perfume Oil.

Their story has come to be a typical story for someone who comes to making perfumes later in life. Ms. Wallos found her introduction to fragrance came while she was studying at the School of American Ballet in New York City. As she watched the senior dancers powder themselves in preparation for performances she loved the smell of each ballerina who seemed to carry her own signature scent. After her dance studies she went on to become a special education teacher and a mother. Throughout this time she would obtain and work with natural ingredients to make her own personal fragrance. As she had settled on a mixture she felt was hers she also started to be asked what she was wearing and where could it be bought. Her brother Mr. Cantor had built a career in the health and wellness industry and he encouraged her to try and market her perfume. Together they have produced Kiori Perfume Oil. 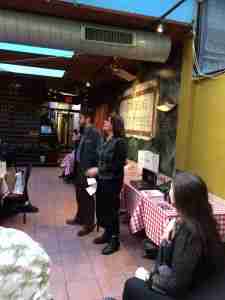 Kiori is a Japanese word meaning “inner strength” and it is an appropriate description for the fragrance itself. Kiori contains a tenacious core which shows strength but because it is a perfume oil it also seems very personal and introverted. Having had Ms. Wallos tell me about her dance history I definitely smell a hint of the iris scented powders of the prima ballerinas in Kiori but it is primarily a vanilla perfume with florals and resins.

That bit of iris I mentioned is where Kiori starts. It is the powdery version of that note and it is subtle. There are some other delicate florals like neroli all floating around like a cloud of powder as the corps de ballet rushes on stage. The vanilla shows up next and it is the keynote for Kiori. The remains of the florals are still around but the vanilla is matched with patchouli. This turns Kiori into a darker earthy vanilla. This could be an abrupt change in a more traditional alcohol composition but because Kiori is an oil this transition happens in smaller increments. The base notes are a mix of incenses and they add a bit of chill austerity to the grounded sweetness of the vanilla and patchouli.

Kiori has 12-14 hour longevity with almost no sillage.

Kiori is an impressive debut by Ms. Wallos and she hopes to have a new release sometime in 2015. Kiori shows the patience of getting to know the materials really paid off as it allowed Ms. Wallos to have a comprehensive feel for using them. Kiori has summarized the long and fragrant road Ms. Wallos traveled until she could share her perfume with us.

Disclosure: This review was based on a sample of Kiori I received at Sniffapalooza Fall Ball 2014. 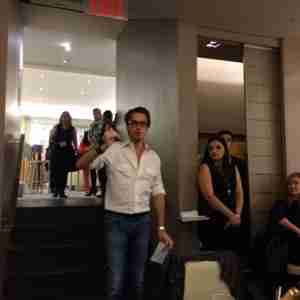