In the five years from 2007-2012 there was a vitality to the ideas and concepts being applied to fragrance. Every time I would turn around there was something new hoping to gain traction. These were also the years when every designer seemingly wanted into the perfume game. This was a particularly grim time for those designers who looked for mainstream success. The real creativity was coming from those who chose to create a fragrance to go with their fashion in the niche space. 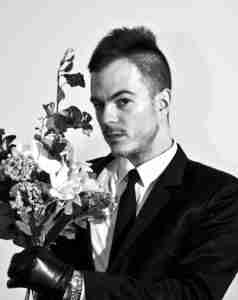 The designers which made it work created lines which have survived until today. One of the most interesting concepts within this time-period came from Joseph Quartana. He created a collection called Six Scents. He would match young up and coming fashion designers with a perfumer. Six designers and six perfumers would make up a series. It remains one of my favorite fashion and perfume partnerships because there seemed to be a real attempt to marry the fashion and fragrance aesthetics. 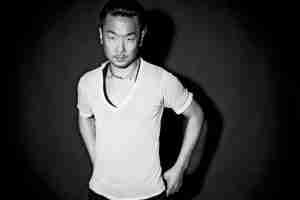 I liked it so much I bugged Mr. Quartana anytime I ran into him. He knew what was coming as soon as he saw the Hawaiian shirt and fedora moving towards him. He was always kind enough to send me a sample set. In 2012, Series No.4 was coming out. I would review all six of them while I was writing at CaFleureBon. Little did I know that one of them never made it to the shelf. Now almost nine years later it has become available. I thought it would be interesting to revisit Six Scents Nappa Noir again. 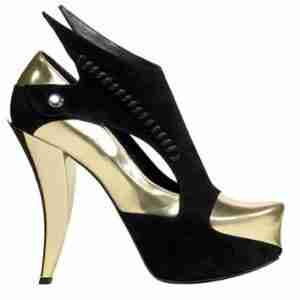 The team put together by Mr. Quartana for Nappa Noir was shoe designer Raphael Young and perfumer Calice Becker. Mr. Young was known for creating footwear as sculpture. He had a discerning customer who wanted to wear an artistic statement. Mme Becker had experienced a rapid rise to one of the most sought-after perfumers. In 2012 when she worked on Nappa Noir she had also become the singular muse for By Kilian creating some of the most memorable perfumes for that collection. When these two artists were brought together, they created a perfume as precisely balanced as one of Mr. Young’s shoes. 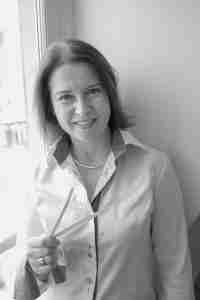 They decided to make a floriental with gourmand nuances. Those come right at the start. It is as if having a cigarette at a café with a coffee and cookie was needed. Mme Becker swirls the tobacco of a lit cigarette over a bitterly strong coffee. Underneath is a subtle pastry accord based on speculoos cookies. This means a lightly sweet gingerbread inserts itself between the smoke and coffee. We then enter the workshop and take out a fresh piece of leather to shape. This is freshly processed still containing the bite of birch tar. Mme Becker uses violet, orris, and ylang-ylang to refine the obstreperous beast into something more elegant. Violet is the main floral to interact with the leather. Patchouli, vanilla, and musk continue to shape the leather into something as delightful to smell as the shoes are to look at.

In the years since I first tried Nappa Noir violet and leather have become a favorite. It wasn’t as prevalent in 2012 as it would become. I like Nappa Noir better now than I did then and I liked it a lot. As I went back over all the Six Scents releases, I am surprised at how durable they have been. They don’t seem dated. That seems to show what a good matchmaker Mr. Quartana was. You might think a floriental leather perfume form 2012 wouldn’t fit in 2021. Allow Nappa Noir to change your thinking.

Disclosure: this review based on a sample provided by Six Scents.