It is a given once this worldwide virus is controlled everywhere, things will be different. We won’t be going back to normal but defining a new normal. There have been too many summers where I have spent part of my life in a convention center at a Comic-Con and/or gaming con. It is the geek version of summer camp; even when you’re 60. This weekend has given a preview of what these events might look like once things become virus-free.

If you are a fan of popular culture the middle of July means San Diego Comic Con (SDCC). Writers and artists of comic books mingle with stars of our favorite television and movies. This year the organizers had no choice but to cancel the live event. In its place for the past three days has been what they call SDCC @ Home. The same panels which would have taken place in Hall H are now happening over video meeting. All the things I would have eagerly waited to hear reports about I have been to watch live from my living room. 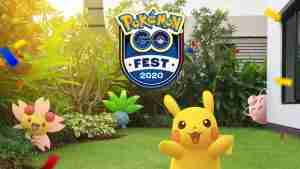 Concurrently if you are fan of mobile gaming and specifically Pokemon Go, July means Go Fest. In the US it took place in Chicago turning the city in to the epicenter of Pokemon Trainers. This year that was also not going to happen. What the game company behind it, Niantic, chose instead was a worldwide event. One where everyone could play if you bought a ticket. It turned what was an event for a few thousand people into something global. I spoke with other players from all over the world during my playing time. I played in cooperative events that were taking place in Tokyo, Johannesburg, London, and San Francisco. No longer just Chicago.

Here is the thing that ties this all together. I never left the house. All of this came to me using current technology. If I had been on my feet crossing convention centers while doing either of these, I’d normally be leg weary and dehydrated. Instead I’ve been safe at home as the world of geek culture comes to me. I feel certain the success of events like these will be the beginning of a new way for geek culture conventions to take place. Now that I am an old man, I am happier on my own sofa.