There was a time in music where the singer-storyteller was popular. These musicians would fashion the equivalent of a short story in song accompanied by acoustic guitar or piano. I remember these songs were sung about subjects which would draw me in waiting for the resolution. I always felt like the first listening lasted ten minutes only to find it was closer to half that. It is no surprise that one of the best of these musicians wrote a Holiday story song which has become one of the classics. 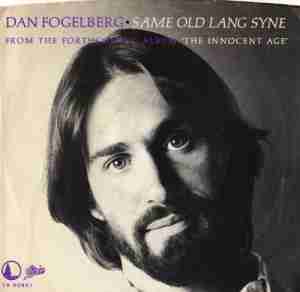 Dan Fogelberg was one of the most popular musicians during the 1970’s and 1980’s. In 1980 he would release the album “The Innocent Age”. It would contain some of his biggest hits. It would also contain a track called “Same Old Lang Syne”. The song tells the story of man making a run to the convenience store on Christmas Eve where he runs into his old flame. After recognizing each other they buy a six-pack and catch up in the narrator’s car. When she drives off he feels “that old familiar pain” as “the snow turns into rain”. The song finishes with a one-minute rendition of “Auld Lang Syne” be the great saxophonist Michael Brecker. That version of the New Year’s Eve standard has a deeply melancholic feel matching the story which has just been told.

The song has been one of the modern Holiday standards since its release in 1980. Then there was a post script which only added to its poignancy. Mr. Fogelberg would pass away from prostate cancer on December 16, 2007. About a week later a column would appear in Mr. Fogelberg’s hometown newspaper, The Peoria Star Journal, by columnist Ron Luciano. Mr. Fogelberg had always admitted many of his stories he told in music had aspects which were autobiographical. It turns out “Same Old Lang Syne” was entirely true. In that column the old flame Mr. Fogelberg met on that snowy Christmas Eve, Jill Gruelich, told her part of the story.

The column tells of their on-again off-again relationship throughout high school. Then the very familiar story as they both went to different colleges and eventually drifted apart. By 1975 she had married and Mr. Fogelberg was enjoying his early success as a musician. Both were back in Peoria to be with family for the Holidays. Ms. Gruelich was sent out to find some egg nog and Mr. Fogelberg headed out to buy some whipping cream. From there the story, as told in the song, is pretty accurate. The color of her eyes is changed and her husband was not an architect. By the time the “snow turned to rain” it had been two hours and both families wondered what had happened to their errand runners. 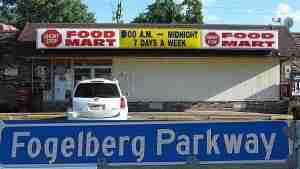 When Ms. Gruelich heard the song on the radio in 1980 she realized their conversation had just been turned into a song. She waited until after his death to step forward because, “It wasn’t about me. It was about Dan. It was Dan’s song.” It is also Peoria’s song as in honor of Mr. Fogelberg the street which connects Woodruff High School where they first met to the convenience store “Same Old Lang Syne” takes place in is called Fogelberg Parkway.

The Holidays and the year-end often bring out a desire to look back and wonder “What If?” “Same Old Lang Syne” tells that story in a way which has become part of my Holidays playlist. One which touches me even more for the truth behind it.