I am not a soda drinker. I prefer iced tea, lemonade, or water as my cold beverages. If I do drink a soda, I usually order root beer. I grew up on the same ones those of my generation did, Hires, A&W, or Dad’s. The reason I liked it best was it wasn’t as bland as the other sodas. Root beer had some depth to it. We now live in an age where even the simplest foods are made in extraordinary ways. Root beer has not escaped that. There are small batches of root beer brewed at most beer microbreweries. There are also different kinds of places where all they do is small-batch root beers. I had the opportunity to learn more about the soda. I ended up thinking it has a lot to do with many of the same things perfume deals with. 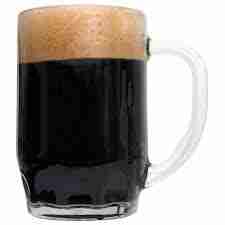 Root beer was originally made by the Native Americans from sassafras roots. In those days it was used as a medicine or flavoring as it came in a thick syrup form. Sometime in the mid-19th century someone got the good idea to add it to soda water. Modern root beer was born. It would have its coming out when Hires Root Beer made its debut at the 1876 Centennial Exhibition in Pittsburgh. It would spread in popularity from there.

The similarity to perfumery comes in 1960 when the main ingredient of sassafras, safrole, was found to cause liver damage in high concentrations in lab animals. The FDA would ban it. Just as happened with oakmoss in the chypre perfumes; chemists created a sassafras extract without safrole. Then those who made root beer had to decide how to put back the flavor of the safrole. They would have to create a sassafras flavor accord.

Brewers have used the following ingredients to achieve that: licorice, birch, spruce, dandelion, allspice, cinnamon, clove, or mint. Doesn’t that sound like a fabulous perfume? When in the hands of a skilled brewer you get root beer.

When I drink this version of root beer I get a bit of that original medicinal quality the original syrup had. The smaller batch versions are so rich they are like the wine of soda. I enjoy trying to pick out the flavors as much as I do trying to understand a new perfume.

If you want to try this style of root beer Virgil’s is sold in small four-packs nationally. I would suggest going to your best local microbrewery. I have found the majority of them also bottle their own root beer with the same creativity that goes into their beer.