The best fashion designers, like the best perfume designers, transfer a distinct aesthetic to their creations. Roland Mouret designs fashion in the “drape and shape” style. His women have silhouettes which reveal their bodies. It might drape but it also creates a distinctive shape around the wearer. It is an interesting vision which combines a laid-back casualness with a distinct sexuality. His recent Spring 2018 collection is a good example of this. 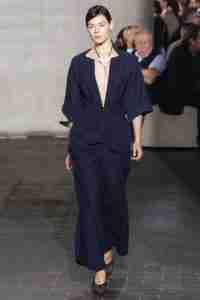 M. Mouret has been wanting to expand into fragrance since 2009 and when he met Etenne de Swardt of Etat Libre d’Orange he had found the partner he wanted to work with. Both men finally found the time this year to bring their casual carnality together over fragrance. They also hired one of the best perfumers working to collaborate with, Daniela Andrier. Together they made Une Amourette. 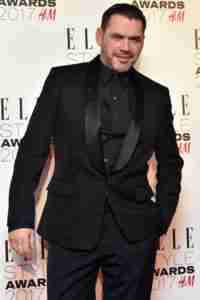 M. Mouret designs with an eye to “dressing to undress”. Fashion as come hither. M. de Swardt has worn that kind of sexuality more overtly for Etat Libre d’Orange. Their fusion seems a natural. I was very interested to see how Mme Andrier translated this sexual tension into a sensual fragrance.

One way is to capture the sense of the energy of a fling which is what “Une Amourette” translates to. Hopefully most reading this have been fortunate enough to have a fling at some point in their life. The moment when the energy is leaping out of your body in an arc to meet that same kineticism in your partner. Once it is released in a rush of physicality there is that delightful moment where you come back to the world only to smell that raw scent of the aftermath. That is what Une Amourette does a really good job of capturing. 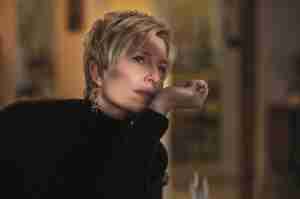 In those moments the first thing you might notice is the sweaty bodies which is where Mme Andrier starts. There is a collection of the more obstreperous spices all of which impart a sense of sweaty skin. To contrast this there is a focused green neroli which captures that glow afterward. The neroli was seemingly a late addition as it was said Mme Andrier smeared some neroli sunburn cream over a late mod. That was when the creative team realized it was the missing piece. After hearing that I imagine the opening without the neroli and it would have been very striking but not nearly as good. Iris holds the heart as Mme Andrier turns it into a white flower by adding in indole. If you think of iris as this demure powdery floral; in Une Amourette it is catching its breath covered by a sweat soaked sheet. I love this skanked up iris it is perhaps one of my favorite accords of the year because it drapes and shapes the iris into something sexy. Then Mme Andrier creates a fascinating base accord as she uses a full spectrum patchouli enhanced by the biological fraction of patchouli known as Akigalawood. I have really enjoyed the ways the spicy woody fraction of patchouli has been used but Mme Andrier cleverly uses it here to accentuate the parts which remain as the fraction adds on to the regular patchouli oil. It is all sewn together with a lilting vanilla.

Une Amourette is one of the most unabashedly sexual perfumes I have tried in a long time. While I never underestimate Mme Andrier’s abilities this is also the sexiest perfume she has ever made. I have a feeling the energy of the creative directors took her to a different creative space. One final note, at the Spring 2018 show M. Mouret had all his models wear one spritz of Une Amourette before they headed down the runway; at the pulse point where the thighs meet. For this perfume that kind of sexual fashion seems correct.

Disclosure: This review was based on a sample provided by Etat Libre d’Orange.