There are times I find it hard not to giggle when I hear the names of upcoming perfumes. I had a large case of the giggles when I heard the  names of the three perfumes which made up the Roja Parfums Tutti Frutti collection; Candy Aoud, Fruity Aoud, and Sweetie Aoud. Based on those names I was expecting a mixture of extreme sweetness matched with the pungency of fine oud. Roja Dove the creative mind behind these perfumes had something else in mind.

None of the three entries in this collection adhere to what my pedestrian mind was thinking. None of these would I describe as sweet. Also none of these has an incredibly prominent oud note in it. The sweetest is Candy Aoud which is surprisingly where you find the fruit. The oudiest, and it isn’t that oudy, is Fruity Aoud. Which leaves the one I am reviewing today which is Sweetie Aoud. 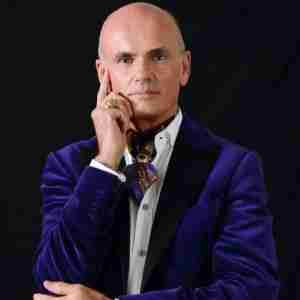 When I heard the name my mind kept rolling back to the BBC comedy series Absolutely Fabulous. In that series the lead characters greeted each other with the phrase, “Sweetie Darling!” That series was about a pair of women who worked in the London fashion industry. It would be safe to say the lead characters’ better days were behind them although they were oblivious to that fact. While I was wearing Sweetie Aoud I realized it was also a bit of an illusion as well. It starts with the oud because I am pretty sure it is an oud accord and if there is any real oud in the formula it is very buried. I suspect the use of the accord over the real thing is intentional because of the three perfumes in this collection Sweetie Aoud has a more delicate framework that real oud most likely would have impacted negatively. What is here is a slightly gourmand-like fragrance much more transparent than most of the other entries from Mr. Dove.

The early development of Sweetie Aoud is a fast moving affair as it transitions rapidly into its central accord. A whiff of artemesia, a drive-by rose and we arrive at the business end of Sweetie Aoud. This fragrance settles into a very interesting spice cake accord for a large part of its development on my skin. Cardamom is the flavor of this cake as it sets itself upon a yeasty foundation. It is then placed within a wooden cabinet lined with gaiac, cedar, and juniper. These add a crisp clean framing device to the gourmand accord within. At this point is when the oud accord begins to very lightly make itself known. It adds a bit of contrast without becoming too strident. This is where Sweetie Aoud remains on my skin for hours. Very late on patchouli becomes more noticeable but it is this spice cake, framed by wood, hazed by an oud accord which is what Sweetie Aoud is all about.

Sweetie Aoud is one of the lightest fragrances in the entire Roja Parfums line. This is more a description which holds within the brand. Comparing Sweetie Aoud to other brands known for their transparency and it is much more substantial than those. I just want those who love the more powerhouse Roja Parfums to be aware Sweetie Aoud is not like that. I found the switch to be very enjoyable and especially easy to wear in these last days of summer. I think it is going to be a great choice for the fall, too. So Roja Sweetie Darling I loved this new Sweetie Aoud thing. I could do with a few more in this style.

Disclosure: this review was based on a sample provided by Osswald NYC.