I don’t have explicit proof of the statement I am about to make. I believe most mass-market celebrity fragrances are bad because they aren’t made to be good. They’re made to cash in on the popularity of a celebrity. It is why celebuscents are such a wasteland. The celebrity can go promote it, but it doesn’t make it good. A piece of this desultory process is the perfumers they hire are given a bare bones budget to work with. Nobody involved really gives a damn about perfume just cashing checks. Pop star Rihanna was part of this meat grinder as she had her name on eleven perfumes between 2011-2018. They were examples of everything I just wrote. They’ve been consigned to the discount bins where they still just take up space. I have often wondered if the celebrity didn’t just license their name whether it would be different. In the case of Fenty I get a partial answer to that. 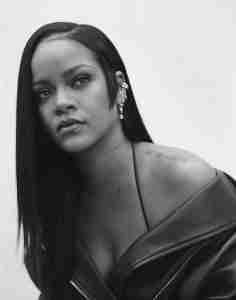 Fenty Beauty was founded at the end of 2017 by Rihanna. She had distinct ideas about making a cosmetics brand which catered to all skin tones. It has become an unqualified success since then. Rihanna has expanded the offerings in a deliberate expansion. Once she turned her eye towards fragrance I was wondering if she would do better now that she had some skin in the game.

To create Fenty she spent time in Grasse with perfumer Jacques Cavallier-Belletrud. She picked the perfumer. She collaborated on the final result. She put her own company’s money in. what would come of this?

The answer is a fuller style of perfume than I expected. Fenty Beauty appeals to the generation of perfume lovers who seem to prize lightness and transparency. Fenty is a full floral perfume that is neither light nor opaque. It doesn’t take any risks, but the quality of materials used make it a more interesting fragrance because of that.

The top fruity accord is a mostly blueberry accented beginning. There are some citruses in the background but this is mostly the berry. A Bulgarian rose rises to meet it with its spicy core and jammy floral nature. They form a pleasant fruity floral harmony. A sensual musk anchors the base accord given some incense and patchouli to add depth to the later stages.

Fenty is better than any fragrance with Rihanna’s name on it previously released. An increased creative direction and budget makes for a better fragrance. Fenty Beauty has been so successful by catering to underserved beauty customers I can hope that if there is a second Fenty perfume she might move in that direction. What this perfume shows is that when Rihanna is unleashed to make her own decisions they are mostly good ones.

Disclosure: This review is based on a sample provided by Fenty Beauty.