Makeover shows have been a staple of the high numbers on the cable television channel list for many years. They all tend to work on the same principle, ambush someone who is clueless about their way of dress and show them a different way. The great majority of these are for women subjects which is why the 2003 debut of “Queer Eye for the Straight Guy” was so different. 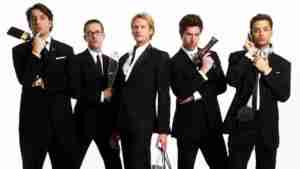 Queer Eye was a show with five openly gay men, dubbed The Fab 5, would drop in on a slovenly guy and show him not only how to dress better, but also how to cook a nice meal, grooming tips, social niceties and decorating. Each member of The Fab 5 had a specialty and would spend a part of each episode with their straight guy giving him a new perspective on these things. It also gave those who watched the show a perspective that there wasn’t “gay culture” there was just culture. The episodes were sweet in the way they would develop. It was also a refreshing change from the mean-spirited reality shows which delighted in making fun of those who were different. Queer Eye always attempted to keep the quirky aspects of each of their subjects while improving the parts which needed the assistance. 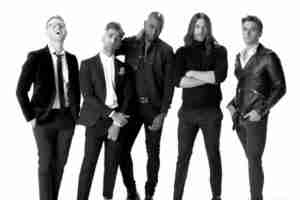 Queer Eye was a surprising success. It also garnered its share of blowback for reinforcing stereotypes. I think it succeeded despite that because it showed everyone participating was working from a genuine place. After the show was canceled in 2007 many of the original Fab 5 went on to further careers in their respective fields. I thought it was a concept which had found its time but had done its job.

I was surprised when I was cruising Netflix looking for the things coming up that there was a new season of Queer Eye coming in 2018. I was really wondering if this would succeed eleven years later. I’ve only watched the first two episodes, but I think it is going to be as good as it used to be.

There is a new Fab 5 and they are all enjoyable to watch. The biggest difference in this new version is instead of taking place in the Tri-State area of New York City, as the first one did, this time all eight episodes are taking on subjects in Georgia. It changes the dynamic when the suggestions of the Fab 5 are transported from the Northeast corridor to the Deep South. It adds new subtext to some of the conversations which have me looking forward to watching the final six episodes of the new Queer Eye.

In the end all makeover shows are like fairy tales where the rough edged sincere hero is turned into a prince. Even in 2018 it turns that a Queer Eye can still lead to happily ever after.