I spend so much effort at every edition of Esxence looking for the new and exciting I forget there are long-time steady brands which are also deserving of attention. For the latest version I finally spent some time with Prudence Kilgour the owner and creative director of Prudence Paris. Mme Kilgour and I bonded at my very first Esxence over her perfume for dogs, Polisson. My very French standard poodles can often be found wearing a spritz or two, especially on those days just before going for grooming. Ever since in my willy nilly hurry I have unknowingly not stopped to stop and smell her latest offerings. While I was making up for lost time her latest perfume for men Alexis managed to make a lasting impression.

One of the things I truly admire about Mme Kilgour’s approach to perfumery is that it has a feel of a different time. You won’t see me talking about the perfumer she works with because that’s the way they both want it. Her perfumer is from the old school where he believes his name is not important. It is more important to realize Mme Kilgour’s vision and produce a perfume that they both are pleased with. It has been the same perfumer for the nearly thirty fragrances in the line. By this point they have developed an intuitive working relationship which shows in the overall cohesiveness of the collection. As I was trying the releases from the last year and a half or so one thing struck me very strongly that one reason I like the line as much as I do is this way of working in a way that has passed for the majority of perfumery produces perfumes which have a fascinating timelessness about them. To borrow Kurt Vonnegut’s phrase they feel “unstuck in time” appropriate to whatever era they land in. 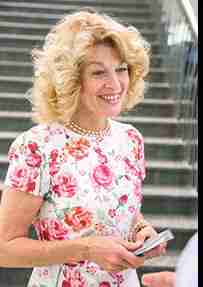 Alexis is meant to capture the combination of well-educated and adventure seeking found most often in young gentlemen of breeding. If that sounds pretentious let me assure you Alexis is not. If you think of that stereotypical globetrotting young entrepreneurial adventurer who skis the Alps one day to leading a tech firm on the bleeding edge the next day. It is that lifestyle which matches the thrill of being in a crouch schussing to the excitement of trying to do something totally new in business. Alexis captures the driven knowing smile of our hero.

Alexis opens up with a high-speed citrus mix of grapefruit, mandarin, and bergamot which races right into a spicy floral heart. Geranium and rose form the floral core which is combined with baie rose and black pepper. The spices accentuate those same facets within the rose. Patchouli acts as a foil to keep the rose from getting too much traction. Alexis heads into very classic base territory as oakmoss, vetiver and musk with a bit of benzoin bring home the timelessness I spoke about.

Disclosure: This review was based on a sample provided by Prudence Paris at Esxence 2015.