There is a group of independent perfumers who I adore for their ability to poke and prod at the common perfume tropes. Natural perfumer Charna Ethier of Providence Perfume Co. is one of those unafraid to take the banal and try to make it something less so. I have to admit I forgot this when I opened my package from her with her latest release in it. As I finally revealed my sample from within its bubble-wrapped cocoon the name, Provanilla, made me groan a little inside. 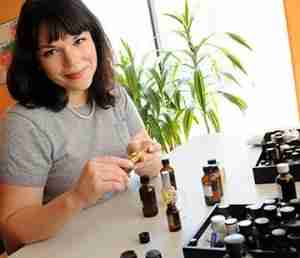 Vanilla is low on my list of favorite featured notes because it is used so often in such an obvious way. It is either the sweet confectionary type. Or the evocation of the vanilla orchid carrying a more floral sweetness tinged with green. It has the ability to overwhelm anything around it and that’s what turns it boring. That was my frame of mind as I sprayed a bit of Provanilla onto a strip. That’s when I was reminded not of the hundreds of boring vanilla perfumes out there but Ms. Ethier’s skill at bringing me around to seeing something new.

Provanilla is a mix of five different sources of natural vanilla which provide the spine of Provanilla. What Ms. Ethier does is to tie up her five vanillas and throw then overboard to wash up on an isolated tropical island. The two components which create the Cast Away vibe are coconut pulp and a melon-based aquatic accord. Provanilla is a fantastic example of Ms. Ethier’s adventurous aesthetic. 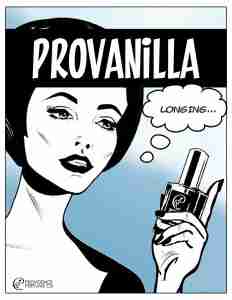 Provanilla opens with the rich mix of the five sources of vanilla. This is a unique blend of vanilla because Ms. Ethier uses her own vanilla tincture to bind the vanillas she is using together. It makes it different but it is still vanilla. It is the melon-based aquatic accord which completely transforms Provanilla. It adds an incredible watery quality to everything. The vanilla accord bobs along on top of the water and once it finds shore it lands on top of a lovely bunch of coconuts. More specifically the pulp of the coconut which provides both complement and contrast to the central vanilla. The watery aquatic accord is still here too. I loved this tropical watery vanilla and it wears so easily without being uninteresting. Only in the base do things return to a sense of normalcy as eventually myrrh and balsam provide the base notes.

I don’t know how many times it will take for Ms. Ethier to show me something different from that which I think I know well. Provanilla has perhaps provided the strongest proof yet of Ms. Ethier’s ability to completely change my thinking about a note.