There are musicians who find their inspiration in the low moments of life. Singer-songwriter Ryan Adams is one of those. His first solo album in 2000 called Heartbreaker clued us in to a man who would let his emotions guide his music. He has been one of my favorite musicians since then because of that genuine emotion within his songs.

It seemed like Mr. Adams had found some long-term happiness in his life when he married actress Mandy Moore in 2009. When it was announced in 2015 they were separating I must admit a selfish part of me thought there might be some good music from the experience to come. Which was why when the first release post-divorce was a complete re-interpretation of Taylor Swift’s “1989” it threw me. I thought it was his way of looking back from his 40’s as Ms. Swift looked forward from her 20’s. Maybe there was a message there. Which I thought meant there wasn’t going to be that assemblage of new music based on his divorce. 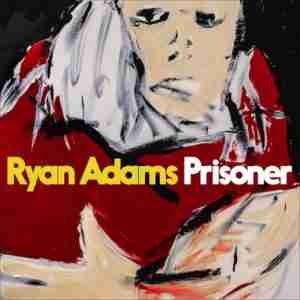 Then I found out he was releasing a new album in early 2017 called “Prisoner” which was going to be about his divorce. It came out in mid-February and is everything that I like about Mr. Adams’ music. I think it is a follow-up to that version of 1989 he released where the wistfulness of his version now transforms itself into honesty.

It starts with the first track, “Do You Still Love Me?” The loaded question any relationship that is beginning to fray doesn’t want answered. The bridge summarizes it all, “I didn’t want it to change/Is my heart blind and our love so strange?” The second track “Prisoner” more fully answers the question, “I know our love is wrong/ I am a criminal”. The difficulty in living in the house you shared when your partner is gone is explored in “Haunted House”. Every song on “Prisoner” examines a relationship which is disintegrating while you watch helplessly.

While the lyrics are much of the appeal of Mr. Adams there is also his throwback guitar licks which are also appealing. His style is a bit alt-country hearkening back to his early days in the band Whiskeytown prior to going solo. It also is a lot of that fuzzy crunchy guitar reminiscent of a lot of alt-rock bands in the 1990’s. Mr. Adams confidently splices those influences together into his own sound which fits his material as eloquently as his lyrics.

There is a part of me that feels churlish for liking this album as much as I do. It feels like I am asking the universe to not allow Mr. Adams to be happy in a relationship. I would like to think I am not putting that request out there; but maybe I am. If you are looking for music which unflinchingly looks at the emotional fallout of a divorce “Prisoner” is one you should give a listen to.