One of the more pervasive fallacies when it comes to fragrance is the idea that there is a magic elixir that when worn will cause the object of your desire to fall madly in love with you, or in lust with you. I can’t say I am immune to the sentiment as the first bottle of perfume I owned was Jovan Musk. Why? Because at the age of thirteen the ads intimated that women were crazy about men who wore musk. Of course Hai Karate intimated I would need a black belt to fend off the women if I wore that. What I found out pretty quickly was it wasn’t the way I smelled that lead to success with women it was a lot of other things of which fragrance was just a component.

For many years this always seemed like a concept held exclusively by men, and women were above this kind of simplistic thinking but the recent release of Le Premier Parfum changes that. Le Premier Parfum allows the chakra associated with sex to open and in their press materials they flat out say, “Le Premier Parfum is not merely a fragrance, but an aphrodisiac.” So much for the more evolved gender. The two women behind the brand have been giving interviews urging women to, “wear it responsibly.” I guess that is their version of safe sex. This is as nonsensical as the idea of Creed Aventus causing women to lose their senses and drape themselves on the man wearing it. 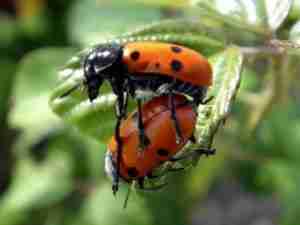 The truth of this is there is not one scientific study which has ever shown any particular scent to immediately cause the object of one’s desire to go weak in the knees and let their chakras do the talking. A lot of the confusion comes from the idea of pheromones. In the insect world pheromones have been well studied and proven to exist. These substances are used to convey a lot of specific primal information from alarm, to a trail to follow back to food, and yes, sex. So because the bees do it the suggestion is so should we humans. Except there has never been any human pheromone identified to do what it does in the insect kingdom. Of course that doesn’t stop perfumes from claiming they have the magical non-existent pheromone in their fragrance. The bottom line is there has been no unequivocal scientific proof that a human pheromone exists and there are certainly none in the fragrances which claim to have them in them.

When it comes to scent and how we perceive others there have been some interesting studies which show when a woman wears grapefruit fragrances she is perceived as much younger. A very recent study has shown the smell of cedar has the opposite effect when it comes to men with people seeing a man as older than his age when wearing a cedar fragrance. The real point is that fragrance does have the ability to shape our opinion of others but not to cause them to go all googly eyed and become one’s fawning acolyte for a night. That is why when searching for the mythical Love Potion No. 9 instead look for the fragrance which complements your personal style. It is the complete package which is the real attraction between people and your fragrance is part of that package but most of the rest of the work is up to you.