It has been a few weeks since the new edition of Perfumes: The Guide by Tania Sanchez and Luca Turin was published. Within the perfume community the book was received with the same amount of glee and teeth gnashing the original volume got ten years ago. Once the debate on the actual rating of specific perfumes died down another conversation appeared. One which focused on where perfume criticism exists today.

One of the often-repeated phrases I heard was that there is so little frank negative perfume writing that the sharpest barbs sunk even deeper. Ms. Sanchez and Mr. Turin can slice a perfume to shreds in, seemingly, less than 280 characters. When I agree, there is a sense of validation. When I disagree, there is a curiosity about why I perceive the same fragrance so differently. One of the things about The Guide which has happened on both publications is the perfumes at the extremes 1-star or 5-star were what I re-examined. 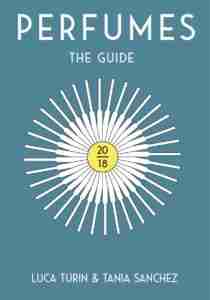 Which leads to the current landscape of perfume blogs and vlogs. In 2018 we now have a perfume way of communicating for every taste. I have spent some time randomly sampling some of the wider vlog reviewers beyond the handful I watch regularly. There was a wider ranging style than I suspected. There are nearly all perspectives being covered by a vlog or two. The one thing I didn’t find was anyone who had an actively negative component. I could see all the videos going back for over a year when I searched up a particular vlogger and I looked for a title which indicated content which was less than positive. Even those were not that hard on the specific perfume being discussed.

Blogs are almost no different; including me. There are a few more blogs where the writer has a more critical eye and expresses that opinion freely. They are some of the more popular blogs which means it connects with readers who want this kind of discussion about perfume.

I’m not interested in actively joining their ranks. I’ve mentioned this previously. I do not see myself as a perfume expert. I see myself as an experienced enthusiast. The more I learn the more questions I have. Writing about fragrance comes from a place of joy within. I’ve never enjoyed tearing something down. Which is why there are few pieces which carry a negative critical perspective. If you read between the lines you can find my opinion of some perfumes I don’t care for, but it isn’t given its own review for me to expound upon.

Where does that leave us as it applies to The Guide and those of us communicating about perfume on YouTube and WordPress? I would answer that all of us are inviting a reader/subscriber to come along with us as we take our trip through the perfumed world. That journey is informed with the intentionality of the author. I don’t think it has to be negative to have value. I don’t think it has to be positive to have value. I think it must come from a genuine desire to communicate about perfume. After a few weeks of actively looking I think that is exactly where we find perfume criticism in 2018