I get a lot of early versions of perfumes by aspiring independent perfumers. I try to spend enough time with them to give relevant feedback. Most of the time when I am being asked, the perfumer has already committed to their concept. Infrequently I’ll receive perfumes where they really are early efforts. I enjoy these because I tend to have a good feel for whether the person behind the fragrance has something to say. Almost five years ago I received the early perfumes of Omer Ipecki. There was a real sense of talent not quite ready for prime time.

Mr. Ipecki continued to work on his perfumes. In 2015 there was a kind of beta test of the five perfumes which have become the debut collection released this year. When I tried those versions of the perfumes, they displayed the maturation of what I had experienced eighteen months prior. I found them almost there. There was some blurriness around the progression, but the concepts were solid. They were better than many other independent releases. The finished products released this year have produced something which stands out among the best perfumes of the year. 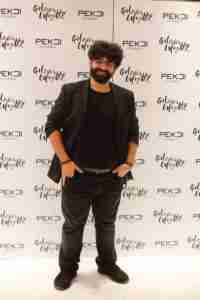 I am going to review all five of the Pekji perfumes over the next two days. Today I start with the two which represent some of the most overused styles in all of perfumery. Mr. Ipecki injects new life into the rose perfume and the aquatic perfume in Ruh and Eaumer, respectively.

Ruh is a rose-focused Oriental. That is as trite a style of perfume as it comes. If there was something which stood out in Mr. Ipecki’s early efforts was his desire to rearrange the components of that which had become generic. In Ruh he adds a fresh perspective to give rise to something all his own.

Ruh opens on an afternoon break around coffee and cardamom-laced milk tea. The acidity of the coffee is closer to roasted oily beans then the brewed version. The milk tea is a gentle green tea loaded with green cardamom. That version of cardamom has stickiness to it especially in this concentration. The combination of bitter oiliness and steeped green vegetal stickiness is sublime. One thing I must warn people about is this top accord. If you try it on paper it never releases as fully as it does on skin. Ruh is at its best on skin. What you do smell first if you try it on a strip is the heart combination of saffron and rose. Just as with the cardamom Mr. Ipecki uses a high concentration of the saffron. That makes it more of an equal partner instead of a modifier as saffron usually interacts with rose in an Oriental construct. This carries an outsize effect over the top of an opulent Turkish rose. The saffron forcibly extracts the spicy core of the rose bringing it to the front of my senses. The cardamom and the coffee make a return to amplify the spiciness. This is where Mr. Ipecki has changed the Oriental by taking the traditional top notes of spices which become secondary to the rose; he uses those early spice notes to turn the heart of the rose inside out giving the spices primacy. The saffron remains the keynote as its leathery nature interacts with the traditional Oriental base accord to finish things. 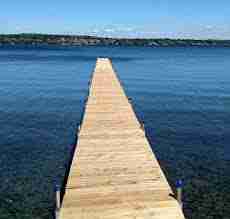 The most complete perfume of the early versions Mr. Ipecki sent me was one he called Eaumer. He wanted to take the overexposed Calone infused fresh perfumes which exemplify the style to a more real place. If you’ve ever spent anytime around a marina getting ready to head out in a powerboat you will recognize Eaumer.

It is very easy to say “I want to make a Calone-free aquatic”. The worthy goal is harder to realize. To capture the smell of the water lapping up against the hull of the boat and the wood of the dock is not easy. It was why in that early version of Eaumer I was convinced Mr. Ipecki had talent. The aquatic accord of lime and herbs were there. I wanted a bit more green. Mr. ipecki provided it. There are herbs standing in for the algae clinging to the pilings on the dock as you get an intermittent whiff every time they are exposed to the air. The other new thing added in is the smell of gasoline on the water as the engine is refueled it leaves a prismatic slick on the water. You might be thinking algae and gasoline don’t sound pleasant. Mr. Ipecki uses them as atmosphere for where Eaumer is eventually heading; out on the open water. That is represented by a fantastically balanced accord of ambergris and Haitian vetiver. The brininess of the ambergris along with the freshness of the vetiver is the sense of sea spray breaking over the bow as you open the throttle up.

Ruh and Eaumer have 14-16 hour longevity and average sillage.

Tomorrow I will finish the rest of the Pekji line with reviews of Odoon, Battaniye, and Zeybek.

Disclosure: This review is based on samples provided by Pekji.