When I look at architecture I am often impressed by a grafting of modern building on rugged terrain. The idea of adding a contemporary footprint onto well-trodden terrain is usually visually arresting. A good example of this is the Villa Malaparte on the Italian island of Capri. Designed for writer Curzio Malaparte by architect Adalberto Libera it is a story of headstrong individuals in collaboration. There are many stories of which man got more of his vision translated into Villa Malaparte. The house speaks for itself with a set of exterior steps leading to a roof terrace with a free-standing spiral wall at one end. Sitting on a craggy outcropping into the Mediterranean it is something different in contrast. It would be a way I would also describe architecturally interesting perfumes; when a perfumer chooses to try something different on a well-known style. Perfumer Paul Schutze was inspired by the Villa Malaparte to produce Villa M which does this with the Mediterranean aquatic style of fragrance. 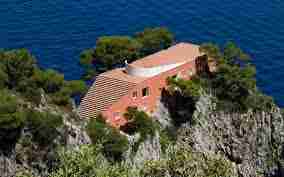 Mr. Schutze is starting a new collection based on architectural inspirations. He released Cuadra at the same time based on architect Luis Barragan’s Cuadra San Cristobal. I liked both, but it was Villa M which stood apart for Mr. Schutze’s ability to bring something different to a well-known aesthetic. 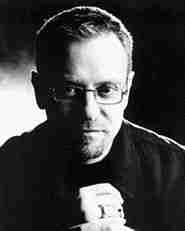 What that is, is to add a green vegetal note which persists. Most aquatics go for a sanitized version of the seaside experience, none of the funky smell need apply. That is typical of most styles of fragrance based on natural themes. What makes Villa M interesting is Mr. Schutze titrates in enough “seaweed” to remind you there is something a bit dirty on the ocean.

The green “seaweed” accord is right up front. Mr. Scutze chooses to open with a wet vegetal version. This is what is floating freely on top of the waves. A bit of bite is provided by baie rose threading an herbal band through the damp greenness. The water beneath the seaweed is represented by the dewy floral nature of cyclamen and the briny aspect of ambergris. It forms a full spectrum oceanic experience. Mr. Schutze lets that predominate with only a gently lilting mimosa and sturdy cedar to provide any contrast.

If you’re concerned about my description of the top accord it doesn’t sit out there by itself; the rest of the aquatic spine comes together rapidly on my skin. Mr. Schutze has done an excellent job at looking at the aquatic style of perfume and finding a modern way of telling the same story. It is like the house which inspired it; a piece of contemporary perfume architecture.