One thing I want to accomplish with this series is to remind perfume lovers of brands they may have forgotten about or never even heard of. A prime example of this is Parfums DelRae. Overseen by DelRae Roth there are only nine perfumes in the entire line. The first five: Amoreuse, Bois de Paradis, Eau Illuminee, Debut, and Emotionelle were released between 2002 and 2008. All five were composed by Michel Roudnitska. I had entered my phase of discovery which included devouring all things Roudnitska when I found the brand. M. Roudnitska is a perfumer with presence. He translates his belief in the way perfume should be made into his creations. In Ms. Roth he found a kindred spirit equally devoted to doing things correctly. You need no other indicator that while niche was exploding they only released five perfumes. 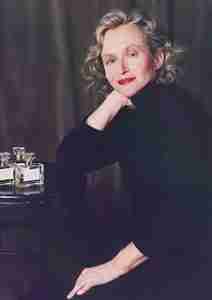 M. Roudnitska was going to take a break from perfumery in 2009 and so Ms. Roth was forced to look for a new perfumer. To her great credit she found one who had an entirely different style in Yann Vasnier. From 2009-2014 they have released four perfumes: Mythique, Coup de Foudre, Panache, and Wit. Taken as a sub collection these are some of the best perfumes ever created by M. Vasnier. I would again point to the uncompromising creative direction of Ms. Roth as a critical component in the quality. Again this was a slow and steady process while those around them were rushing to market with multiple releases per year.

My favorite perfume in a line which has nine very good to outstanding fragrances in it; is the first one M. Vasnier did, Mythique.

Ms. Roth was inspired by the story of Diane de Poitiers who was the mistress to French King Henri II. Diane de Poitiers was known as an equestrienne, a great beauty and demanding intellect. She was famous for regularly dressing in only white and black. Ms. Roth took all of that and asked M. Vasnier to design an orris and leather centered fragrance which would encompass her inspiration. What M. Vasnier delivered in the end is what comes off as a veil of orris scented leather that is breathtaking in its seemingly fragile beauty. 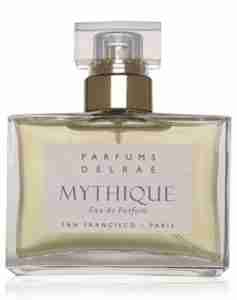 Mythique opens upon a flare of mandarin tinted green with a light application of vegetal ivy. This leads to a leather accord of ambrette and patchouli matched to a rich orris butter which has no powdery character. This orris butter is the rootiness of the rhizome on display. It pairs exquisitely with the leather accord to create that transparent effect that captures me every time I wear this. Sandalwood is the final ingredient in the base.

Mythique has 10-12 hour longevity and moderate sillage. This is one of those deceptive perfumes where you might stop noticing it but others can still smell it on you.

With Mythique Ms. Roth and M. Vasnier were defining the second act of Parfums DelRae as M. Roudnitska exited stage left. Mythique is one of the first perfumes which drew me into how beautiful fragility could be.

If Parfums DelRae have flown Under the Radar for you that should be remedied by sampling all nine. It is one of the true great collection top to bottom in independent perfumery. Mythique is a great place to begin that exploration.