British perfumery has a long distinguished history. It makes England one of the great perfume-making countries in the world because of it. Like everywhere else in the world the beginning of niche perfume also had its early pioneers in the UK. One of those brands was Ormonde Jayne.

Ormonde Jayne was started in 2002 by Linda Pilkington. Ms. Pilkington left her career in the agrochemical business to start her fragrance career. As she put together the brand she also found the perfumer that she has worked with for the entirety of the Ormonde Jayne collection, Geza Schoen. Many of the Ormonde Jayne fragrances are among the best that Hr. Schoen has composed. Here are the five I would suggest you start exploring the brand with,

My introduction came from Ormonde Man. It was the overall sixth release from the brand in 2004. When I first tried it this was one of the first perfumes which really brought home to me why niche was different. This was one of the most sophisticated masculine perfumes I had ever smelled at that time. Hr. Schoen would take a spicy top of cardamom, coriander, baie rose, and juniper berry segueing into a heart of hemlock and oud before alighting on a sandalwood and musk base. To this day this is one of those perfumes which I wear for formal occasions. It always makes me feel like the kind of man I want to see myself as. 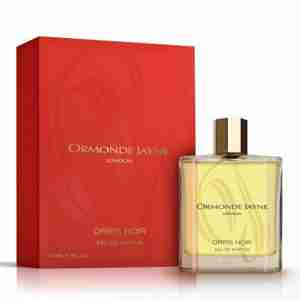 The sophisticated style of the house would continue with the release of Orris Noir in 2006. Iris is used as a powdery foil to several darker notes as myrrh, patchouli, incense, and coriander swirl around it. Orris Noir is a study in contrasts beautifully played over three acts on my skin.

One of the things Ms. Pilkington has made part of her brand DNA is sourcing great versions of raw materials. Nowhere is that more evident than in the 2009 release Tiare. This is as close as Hr. Schoen is going to come to a soliflore as he allows the sparkling tiare form the central accord supported by jasmine and iris. Lime on top; sandalwood and patchouli on the bottom set the titular note out to be admired.

Ta’if was released at the same time as Ormonde Man in 2004 but it took me a few years to give it a try. Here Hr. Schoen makes a great floriental using saffron, broom, and peach as contrast to Turkish rose and orange blossom heart. The real star here is the stewed fruit sweetness of dates providing depth to the florals.

In 2014 Black Gold was a return to the style of Ormonde Man but this is a more casual version. Here Hr. Schoen starts with an herbal citrus top accord. The floral heart of carnation is one of the best I have ever encountered. The base is sandalwood and the botanical musk of ambrette. Labdanum brings this all home. Black Gold shows how much Ormonde Jayne has evolved over the past 14 years.

If you never explored Ormonde Jayne here are the five you should start with.