When it was revealed a few months ago that designer Virgil Abloh of fashion brand Off-White and Ben Gorham owner of fragrance brand Byredo were going to collaborate I was fascinated to see what would come of it. Ever since Mr. Abloh’s fashion brand appeared in 2013 he has reached out in multiple endeavors with different collaborators. His release of “The TEN” sneaker collection with Nike last year was one of the buzziest. At this years Fall 2018 show in Paris the realization of his perfumed partnership was debuted Off-White X Byredo Elevator Music. 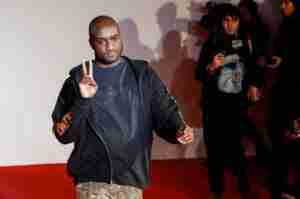 The press release says the perfume was designed by Mr. Abloh and Mr. Gorham. There is no mention of longtime Byredo perfumer Jerome Epinette’s participation. (UPDATE: M. Epinette is the perfumer) If he didn’t work on Elevator Music Mr. Gorham has surely absorbed some of his proficiency from him. 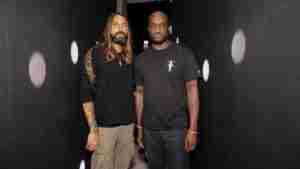 Both designers wanted Elevator Music to be the fragrance equivalent of background noise or Muzak. Which means they wanted it to be there only when you decided to tune in to find it. It is an increasingly odd concept which has been cropping up in perfume releases lately; the desire to blend into the wallpaper. When I received my sample and wore it I admit I struggled with the idea. My idea of Muzak is a dumbed-down inoffensive version of a popular song. Elevator Music doesn’t seem dumbed-down, but it sure goes out of its way to be inoffensive but for one interesting design choice.

The opening chords of Elevator Music come via a pairing of bamboo and violet forming watery floral harmony. Ambrette provides a light musky veil with jasmine also lilting through. It is a lovely spring overall accord full of garden soil and flowers blooming. It is also incredibly transparent in the early moments easily capturing the “background noise” vibe the designers intended. The light citrus-tinted woodiness of amyris provides the base. If that was it this would be premier Muzak for the nose. Instead there is one subversive ingredient which snakes through subtly; wood smoke. It ends up being the handle through which I could orient myself to find Elevator Music while I was wearing it. Then I started to laugh to myself thinking if the smoke was there to warn me the building around the elevator was on fire.

Elevator Music has 8-10 hour longevity and below average silage.

Is a perfume which becomes white noise a successful perfume? If it is the intent? I’ve struggled with that notion while getting ready to write this. Elevator Music is like wallpaper; only there if you focus on it. It is a collection of easy to like ingredients. Like an elevator music version of a song I like it is more likely to remind me of a spring earthy floral which is more original. As a conceptual endeavor Elevator Music succeeds. I’m not sure I want to hear the tune again even though I liked it.

Disclosure: This review is based on a sample I received from Byredo.