After writing about the Wes Anderson movie “The Grand Budapest Hotel” in this week’s The Sunday Magazine I got a lot of questions about the fragrance inspired by the movie. To answer those questions not only have I smelled it but perfumer Mark Buxton gave me enough of a sample of it to wear. After wearing L’Air de Panache and seeing the movie I have to say that Mr. Buxton given the freedom of composing what amounts to a bespoke perfume delivered a true fragrance experience every bit as indie as the movie it is based upon. 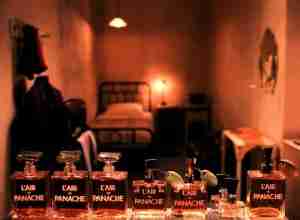 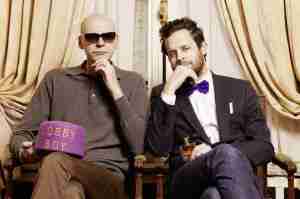 When they were filming they, of course, used water. For the World Premiere Mr. Anderson wanted to turn L’Air de Panache into a reality to be given as a present to the cast and crew. For this very special project he would turn to the Paris fragrance boutique Nose to bring the fictional fragrance to life, in six weeks! Nicolas Cloutier would act as creative director to perfumer Mark Buxton as they sought to make a perfume which would live up to what we saw in the movie. Because this was a very small batch release, not intended for sale, it freed Mr. Buxton to use any ingredient on his perfumer’s palette. I would also comment that the short time frame forced Messrs. Cloutier and Buxton to trust their instincts and I think the end result is all the better for that. L’Air de Panache is a definite throwback cologne but, cleverly, throughout its development there are nods to the events of the film. 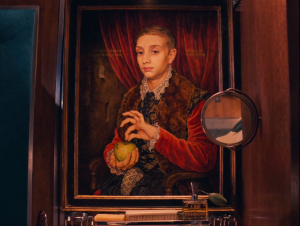 Gustave H. is known for his excellent personal service to the aging, blonde they must be blonde, women who come to the hotel. The beginning of L’Air de Panache pays homage to them with a fleeting aldehyde opening which is the hairspray version of those ingredients. They dissipate as quickly as a cloud of Aqua Net to reveal underneath a rich citrus opening made modern by the addition of basil, instead of the more traditional rosemary. The other note is green apple and that nods to the McGuffin which propels the caper part of the film, a painting simply named “Boy with Apple”.  A stunningly complex jasmine sambac holds the heart of L’Air de Panache it is as elegant as Gustave H. as he strides the halls. This all gives way to a well-mannered jungle cat of a base as Mr. Buxton lets L’Air de Panache off the leash to growl with musk, castoreum, amber, oakmoss, and patchouli. This is Gustave H. behind a “Do Not Disturb” sign on the room of one of his paramours.

L’Air de Panache has 4-6 hour longevity and prodigious sillage. Which is why Gustave H. is always topping it up and everyone knows where he’s been.

For this series the fragrance I am writing about will truly be nearly impossible to find. In the case of L’Air de Panache I am hopeful this might not always be the case. To be clear right this moment there are only a few bottles of it in existence and they are all in the hands of the people who made the movie. Except if you find yourself in Paris and visit Nose they have a bottle for you to experience this quite amazing fragrance. Because of the top shelf ingredients used I suspect a bottle would carry a fairly hefty price tag but if it does come to pass that it is for sale one day I’ll be first in line to buy it. For now I have enough left to allow myself to feel like the master of my own universe for one day of my choosing; it is enough.

Disclosure: this review was based on a sample provided to me by Mark Buxton.